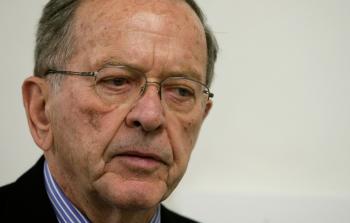 Former longtime Sen. Ted Stevens was one of the five people who died on Monday in a plane crash in Alaska. (Alex Wong/Getty Images)
US

Madeline Liu
View profile
Follow
biggersmaller
Print
Dana Tindall, an executive at General Communication Inc., and her daughter, Corey Tindall, were among the five people who died in the plane crash in Alaska along with former US Senator Ted Stevens, pilot Ted Smith, and lobbyist Bill Phillips Sr.

On Monday evening a DeHavilland DCH-Z3T Otter aircraft crashed into the side of a mountain during a fishing trip, prompting rescue workers to be dispatched early on Tuesday.

Tindall is survived by her husband Virgil Peachey and son Connor Tindall, according to a statement by CGI. She was from Anchorage, Alaska.

“Our hearts are with Dana’s family,” said GCI President and CEO Ron Duncan in a statement. “Dana and her daughter Corey were a big part of our GCI family and we are devastated by the news of their passing.”

Tindall was a GCI senior vice president of legal, regulatory, and governmental affairs.

Investigators with the Alaska National Guard are trying to learn the cause of the crash. Poor weather conditions and low visibility due to fog and rain may be the primary culprits, authorities said.

Bill Phillips Sr. was a partner with law and lobbying firm Utrecht and Phillips, based in Washington DC. He was reportedly close to Stevens.