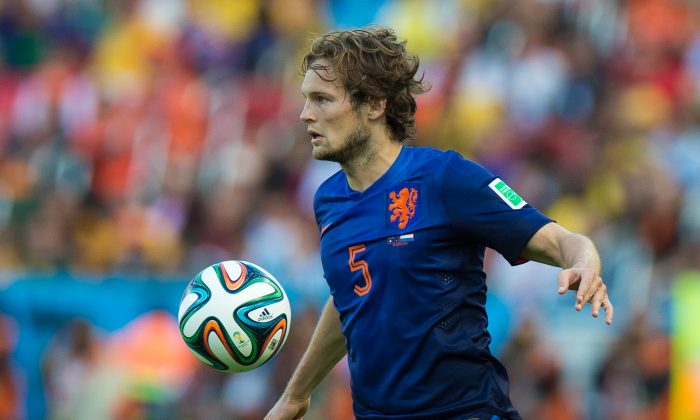 Daley Blind of Netherlands controls the ball during the 2014 FIFA World Cup Brazil Group B match between Australia and Netherlands at Estadio Beira-Rio on June 18, 2014 in Porto Alegre, Brazil. (Vinicius Costa/Getty Images)
Gaming

What are Daley Blind’s stats in a video game and in real life?

Blind, 24, plays for Ajax in the Dutch league as a left back or defensive midfielder.

Blind has a rating of 73 in FIFA 14, and a growth potential of 4 in Career mode. In Ultimate Team, Blind also has a 73 rating, but a 77 rating for his Netherlands World Cup and World Cup Team of the Month variants.