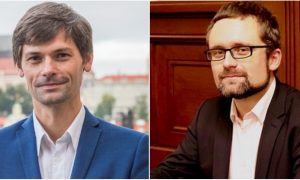 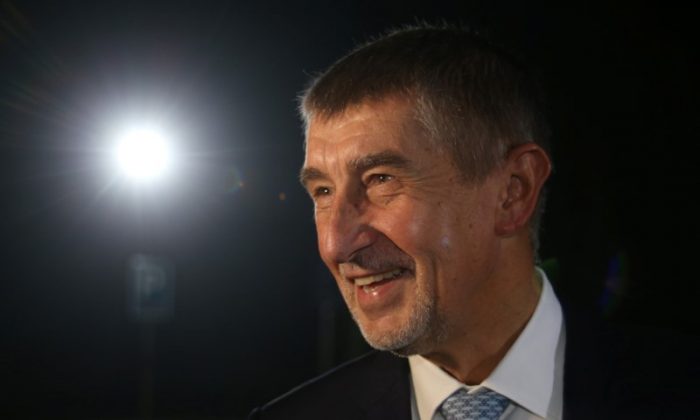 The leader of ANO party Andrej Babis arrives for a live broadcast of a debate before the country's parliamentary election in Prague, Czech Republic Oct. 19, 2017. (Reuters//Milan Kammermayer)
Europe

PRAGUE—Czech Prime Minister Andrej Babis, who will meet with Donald Trump later this week, on March 5 praised the U.S. president for trying to achieve peaceful nuclear disarmament in North Korea.

Babis, who will be in the White House March 7, told The Associated Press that talking is a better option than a military conflict, even where the other party is not a democratic leader.

“If the American president negotiates with a dictator (Kim Jong Un), it is a good thing,” Babis told The Associated Press on March 5.

Babis said the U.S. should also use its influence and position as a permanent U.N. Security Council member to help negotiate peace in Syria.

Babis said that the European Union’s foreign policy is not influential enough to make a difference in the Middle East.

“Syria is an important issue, especially for Europe,” Babis said. “There are up to 6 million refugees in Jordan, Lebanon, and Turkey and, of course, they want to return home.”

While the global fight against the ISIS terrorist group is expected to come to an end in Syria soon, it is only one conflict in a country that has been in civil war for nearly eight years.

The Czech Republic is the only EU member state to retain an ambassador in the war-torn country, and also represents the U.S. interests there.

Babis said that despite criticizing the regime of President Bashar Assad, it is necessary to communicate with its representatives “and engage all the states that could have a say.”

Babis is a vocal opponent of accepting migrants and refugees in his country and insists it’s a better thing to help them in their countries.

The White House said issues including cybersecurity, energy security and trade will also be on the agenda of the talks between the two leaders.

The Czech Republic is among the countries criticized by Trump for not meeting the NATO goal of committing 2 percent of their gross domestic product to defense, another possible topicsto be discussed. Babis promised to meet the target by 2024.

The two leaders should find more common ground on the issue of cybersecurity after a Czech watchdog followed U.S. authorities in warning against use of hardware or software made by Chinese companies Huawei and ZTE.

Huawei has become the target of U.S. security concerns because of its ties to the Chinese government. The U.S. has pressured other countries to limit use of its technology, warning they could be opening themselves up to surveillance and theft of information.

“It would certainly be a wrong thing if any critical state infrastructure was dependent on the technologies which could be linked to a state with political aims,” Babis said.