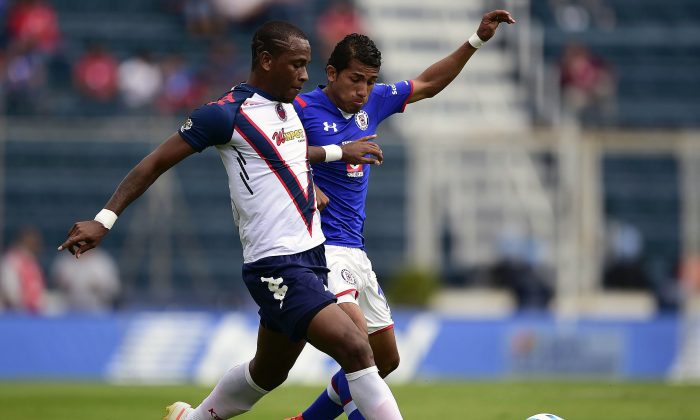 Mariano Pavone (L) of Cruz Azul vies for the ball with Wilson Tiago (R) of Veracruz during their Apertura 2014 Mexican tournament football match at the Azul Stadium in Mexico City, on August 2, 2014. (ALFREDO ESTRELLA/AFP/Getty Images)
Soccer

The game will be broadcast on FOX Sports 2 Cono Sur in Argentina, Bolivia, Chile, Colombia, Ecuador, Paraguay, Peru, and Uruguay.

Cruz Azul are 3/11 to win, while Alajuelense are 11/1 to win, according to OddsChecker.com.