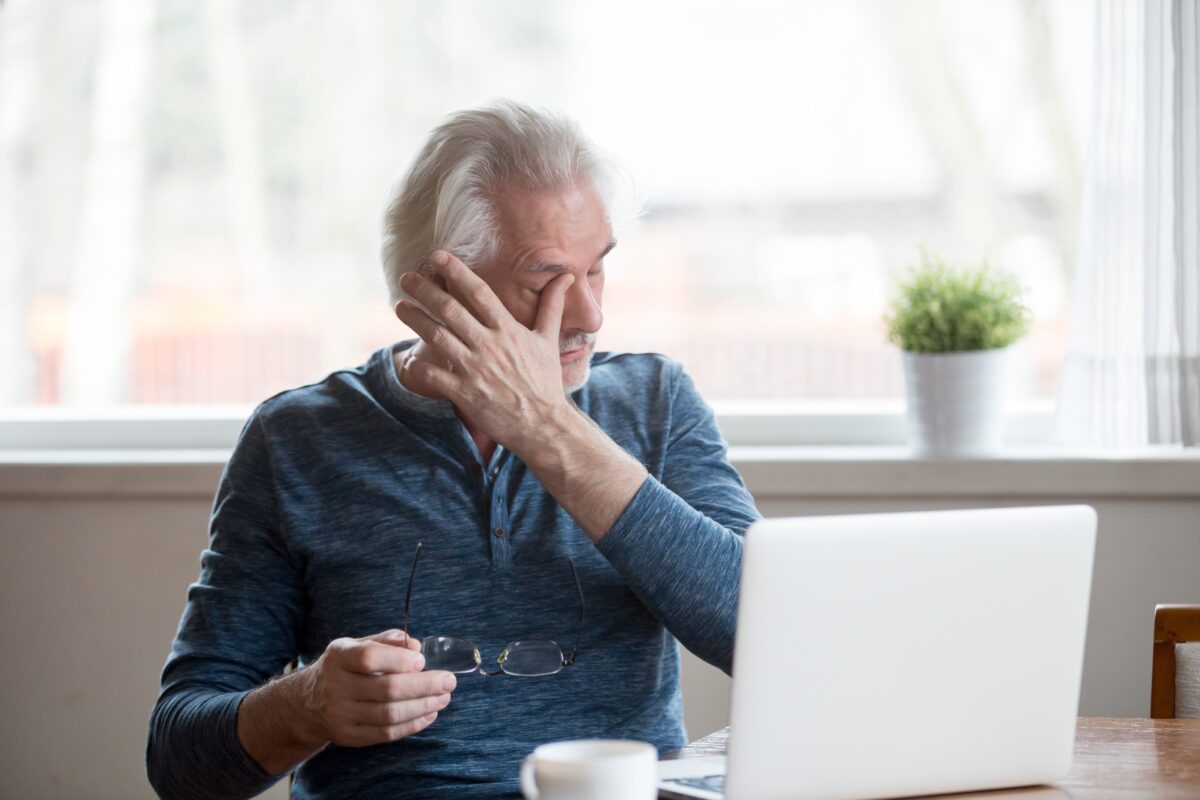 Dry eyes have a number of causes and there are several ways to help them.(fizkes/Shutterstock)
Eye Health

Crusty Eyes: Waking up With Too Much Rheum May Be a Warning Sign for 3 Major Diseases

When we wake up every morning, it is normal to have some eye “crust” or “goop” in our eyes. However, if there is a sudden increase, there might be three potential reasons behind this, with one of them being a very infectious eye disease.

When we sleep at night, our eyes remove some of the dirty stuff from them and concentrate it in the corners of our eyes, along with a thin mucus discharged from our eyes.

However, Dr. Peici Kuan, director of pediatric ophthalmology at Show Chwan Memorial Hospital, is often asked by her patients, “Why do I always wake up in the morning with eye boogers? Is there eye inflammation?”

She said that it is normal for people to wake up in the morning with a little bit of eye mucus in their eyes. If someone works in a dirty or dusty environment, or doesn’t clean her makeup completely, they may wake up with crusty eyes every day.

However, if the following situations occur, you should seek medical attention: The first situation is when you have completely cleared all your eye mucus in the morning, but it doesn’t take long for it to reappear, and you end up needing to clean the sticky discharge from your eyes throughout the day. The second situation is when you have a lot of eye mucus all of a sudden, and it keeps appearing. If either of these situations takes place, you should pay attention and seek medical attention.

According to Dr. Kuan, in most of the cases of a sudden large amount of eye mucus in both adults and children, the cause is epidemic keratoconjunctivitis infection.

Epidemic keratoconjunctivitis is an inflammation of the membrane covering the inside of the eyelid and the front of the eyeball, and it can be caused by bacterial or viral infections.

A patient may develop the disease in both eyes simultaneously or sequentially.

Due to a large amount of eye mucus, when the patient wakes up in the morning, he or she may even find his or her eyelids stuck together by the eye mucus. In addition to eye crust, he or she may have symptoms, such as itchy eyes, foreign body sensation, photophobia and swollen eyes. For this reason, epidemic keratoconjunctivitis is also known as pinkeye.

According to Dr. Kuan, flu viruses can also cause the disease, but it doesn’t happen every time when someone gets a cold.

Furthermore, people with allergies, such as nose allergies, don’t have increased eye mucus as a result. However, if the allergy is severe and the eyes are being rubbed all the time, it may lead to subsequent infection of conjunctivitis.

Another less common cause is corneal ulcers. It is the phenomenon when a cornea develops an ulcer due to the invasion of bacteria, viruses, mold, or amoeba in the eye.

The causes of corneal ulcers include backward eyelashes, direct damage to the cornea by foreign objects (e.g. iron dust, sand, or chemicals), and improper use of eye drops. However, the most common causes are related to contact lenses, such as wearing contact lenses for too long, wearing them overnight, and not cleaning them properly.

3. Birth Canal Infection and Obstruction of the Nasolacrimal Duct

In the case of newborns, sometimes they are infected by their mothers’ birth canals, so the babies are born with a lot of eye mucus.

In the case of blocked nasolacrimal ducts, there will be an increase in eye mucus in one or both eyes.

Of course, there are a few special cases. According to Dr. Kuan, there was a patient who had a sudden increase of eye mucus that lasted for several months, and his eye became very swollen. And he was treated at the clinic for a while without any improvement. It was later discovered that the patient underwent a retinal surgery a long time ago, and a piece of silicone tape used during the surgery became exposed and caused an infection.

Afterwards, the patient underwent another surgery to remove the silicone tape, and the inflammation was relieved. And of course, the discharge of his eye mucus returned to normal. Dr. Kuan explained that this type of silicone tape is used to fix things during surgery and must be placed in the eye, but over time, it may become displaced and exposed.

4 Things to Do When You Have Pinkeye

When eye mucus suddenly increases, it is recommended to seek medical attention without delay. Epidemic keratoconjunctivitis is highly contagious, and if not treated promptly, it can spread to the whole family. Moreover, if the inflammation becomes severe, viral infiltration and pseudomembrane growth on the cornea may prolong the course of the disease to several weeks.

Patients with keratoconjunctivitis should avoid secondary infections. They should not rub their eyes. They should wash their hands before and after using eye drops. They should remove any discharge from the affected eye(s) with a sterile cotton swab rather than wiping it directly with their hands.

In addition, patients with epidemic keratoconjunctivitis should also be careful not to transmit the disease to others by:

1. frequently washing their hands with soap, especially after they use eye drops or touch their eyes;

2. avoiding swimming or water sports for the time being;

3. not sharing personal items with others, including towels, washbasins, pillows, and other things that may come in contact with the eyes;

4. washing their towels separately and disinfecting them frequently.

According to Dr. Kuan, if people touch the pathogens with their hands and then rub their eyes or touch their faces without washing their hands, it can cause contact infection.

However, it is easy for people to unconsciously touch their own faces. In a 2015 article published in the American Journal of Infection Control, researchers observed the behavior of some medical students in Australia and found that even medical students, known to be concerned about hand hygiene, touched their faces without realizing it. Of the 26 students observed, each touched his or her face, including the eyes, mouth, and nose, at an average of 23 times per hour.
Therefore, patients with epidemic keratoconjunctivitis should remind themselves to wash their hands regularly and to avoid going to public places during the illness, to avoid transmission to others by unintentional touching.