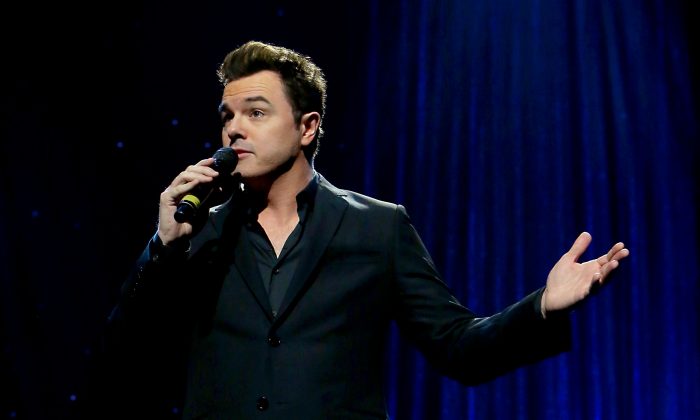 Seth MacFarlane, creator of Family Guy and voice of teddy bear in the movie Ted, gave a huge donation to help get a Democratic Senate majority in the November election, USA Today reports.

In the month of March, MacFarlane donated $500,000 to the Senate Majority PAC, a super PAC fundraising to win the Senate back for the Democratic party.

Filings show that the Super PAC raised $2.7 million last month, exceeding February’s $1.4 million. It started out April with a total of $6.8 million.

This is not the first time that MacFarlane has donated to support the Democratic party. He’s given over $92,000 to the Democratic Party and Democrat-associated special interest groups, and supported Obama in the 2008 and 2012 election.

Another actor, George Clooney, has also come out in support of winning back the Senate Majority for the Democratic party, fundraising with Hillary Clinton for what he called an “obscene” amount of money.

Clooney defended the fundraising, saying that a majority of the money is going to help support down-ballot Democrats in November so that the Democratic party can win back the Senate.

The Democratic party is gearing up for a battle in November to win back the Senate majority after losing decisively in the 2010 midterms.

The Republican party, who have a current 54-46 majority in the Senate, fear that the majority would go to the Democrats if a highly unfavorable Donald Trump gets nominated as the presidential candidate.

Republicans are also defending twice as many incumbent seats as Democrats, giving Democrats an opening to win back a majority of the senate.

A Senate majority makes it easier to pass through legislation put forth by the President.

Another issue at stake is the Supreme Court Justice nominee to replace Justice Antonin Scalia.

“The American people should have a voice in the selection of their next Supreme Court Justice. Therefore, this vacancy should not be filled until we have a new president,” McConnell said hours after the death of Scalia.

The stakes for the Senate Majority are high, and both the Republicans and Democrats are gearing up for an important election in November.