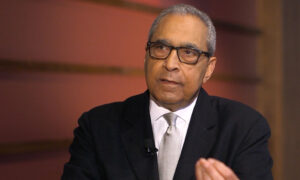 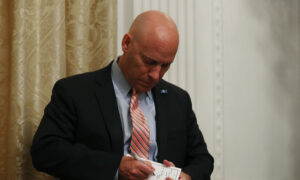 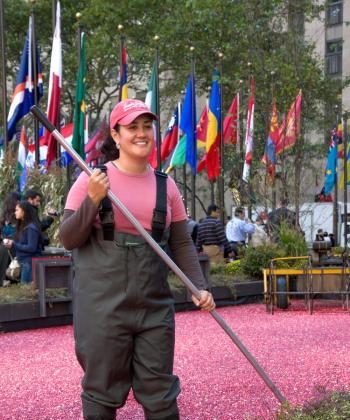 Kravitz has been a cranberry grower for the last five years. Born and raised on a livestock farm in southeastern Massachusetts, she left for college to study science business management at Bridgewater State College.

Since farming requires a lot of help, Kravitz explained that it was difficult for the family to continue raising livestock after she left. Her father therefore sold the animals and started to grow cranberries instead.

Kravitz finished her studies, then worked in corporate America for the next decade. Then she came back to the farm with valuable business experience under her belt.

“My father was thrilled when I came back,” said Kravitz.

“Most people when they think of a farm, they just think of farming, but it is really a business. You have to think of product schedules, etc.,” she said.

Cranberries are harvested six weeks a year and during this time they go through different growth periods, Kravitz explains. White cranberry juice, for example, is made of cranberries that are in their early stage of growth and are harvested in August.

“When you are in the farming business, everyone is involved. My husband owns a business, but in the harvesting season he helps to harvest on the weekends.”

Cranberry harvesting is a unique process. The cranberries are harvested by a machine called a "wheeler" that pulls the fruits off the shrubs or vines, then depositing them in the open bog.

“When harvesting the cranberries, you submerge them under water. They are very strong so you can walk on them.”

The cranberry bog at Rockefeller Center was organized to celebrate the 80th anniversary of the Ocean Spray grower-owned cooperative.