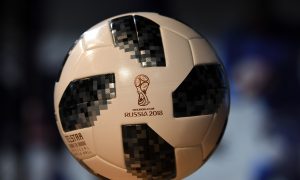 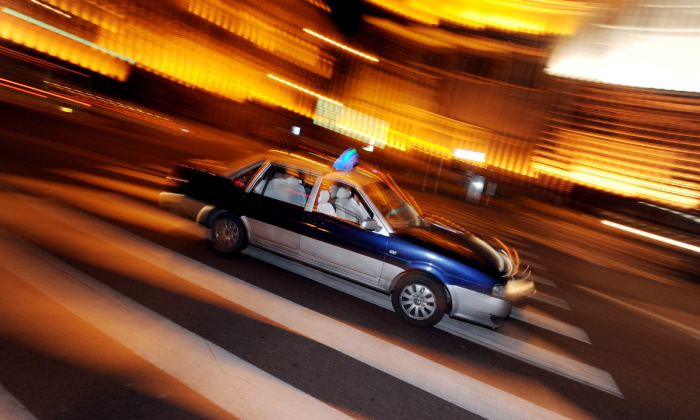 A couple was arguing in the early, rainy morning at an intersection after a night of drinking. After an altercation, the woman walked around the intersection by herself, stopped at the crosswalk, and got hit by a taxi as she returned to the sidewalk. The video was posted on Weibo, China’s version of Twitter, on March 17.

The unidentified couple standing at an intersection in an undisclosed city in China were having an argument on March 8 around 3:15 a.m. The footage was captured by a police traffic camera.

After several minutes of arguing at the corner of an intersection, the young woman begins to run away along the crosswalk. The young man chases her, and grabs her in the middle of the road.

She resists, but he takes hold of her and pulls her back to the corner. She remains slumped forward as he pulls her.

After about a half minute more of arguing, the man throws her handbag onto the ground, and walks away. The woman walks to the other direction across the crosswalk.

She walks across the street while the lights are green in the other direction. A car passes around her before she reaches the median.

She continues around the next crosswalk, making it to the opposite corner (from the spot where she fought with the man). She then walks back from the sidewalk into the street and then onto the crosswalk, as if she was heading home, but then realized she forgot her bag.

Then she continues circling around, and eventually makes it back to where the fight happened.

She picks up the bag, and continues out onto the crosswalk once more, but this time she stops in the middle of the road. She stands there for over 30 seconds, pacing about.

Just as she decides to return to the corner where the fight occurred, cars turning left at the intersection approach her.

Without hitting its brakes until impact, a taxi slams into her, tossing her into the air and onto the hard, wet pavement.

30 seconds later, the young man runs back over to her. At this time, she appears to be sitting up. He checks on her, and has a flashlight in hand, which may have been a smartphone.

The young man kicks the side of the taxi, just as the driver opens the door. The driver does not get out of the car until two minutes after running into the young woman.

They appear to argue, and the young man makes an aggressive move toward the driver.

An ambulance then arrives after an uncertain amount of time.