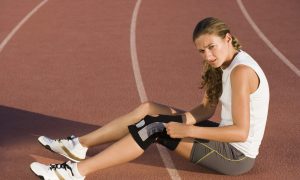 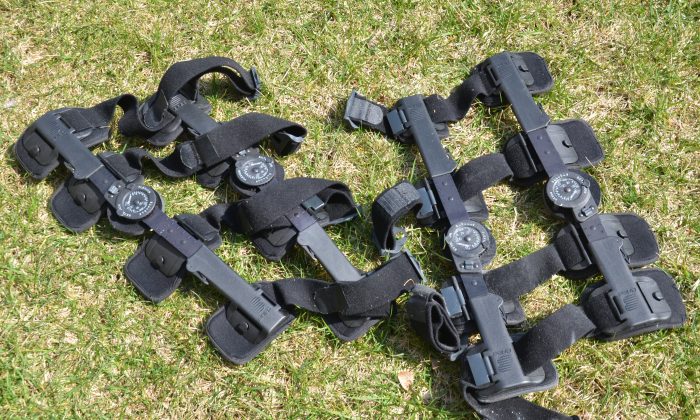 The electricity produced by a motor attached to the joint of the brace goes into a battery, but someday may go straight back into one's body. (David Amsler/flickr/CC BY 2.0)
Health News

Could a Knee Brace Power an Artificial Heart?

A new, modified knee brace generates power with every bend of the knee. Its creators, undergraduate engineering students at Rice University, hope it could someday help power artificial hearts.

The electricity produced by a motor attached to the joint of the brace is funneled into a battery, but someday may go straight back into one’s body.

As its wearer walks, the brace produces 4 watts of energy, which it feeds to a lithium-ion battery pack.

That’s not quite enough power for the artificial heart being developed by the students’ sponsors, Omar Kabir and John Bartos of Houston company Cameron International, which brought the energy-harvesting project to Rice. But the team, the third to take on the multiyear project that started with a shoe-based generator, has pushed the technology significantly forward.

“We added a power conversion and storage system that was not present in the device at the beginning of this year,” says Hutson Chilton, a bioengineering major who also studies sustainability issues. “So we’re getting about the same power output, but we’re also able to convert it to direct current and store that into something useful.”

The brace is comfortable enough to wear for long periods, says Chase Gensheimer, who has done most of the road testing, including stretches on a treadmill. “We had a previous design to build on, but we tried to make it lighter and easier to wear and move in.”

LaBaw says it was a challenge to reduce the mechanism and its casing to reasonable proportions while also reducing friction from the moving parts. “We didn’t want somebody walking with a motor 6 inches off the knee and running into tables,” he says.

The team expects a future version to supply energy wirelessly to medical devices.