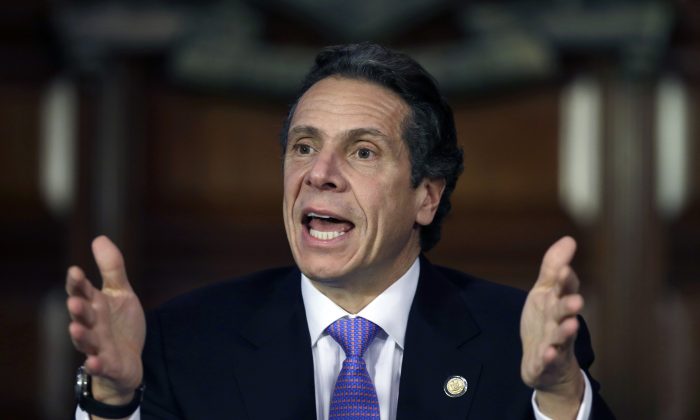 The commission was formed under the Moreland Act of 1907, which allows the governor “to examine and investigate the management and affairs of any department, board, bureau, or commission of the state.”

While 84 percent of New Yorkers considers corruption in Albany somewhat serious, or very serious, only 6 percent followed news about the Moreland Commission very closely, according to a Siena Research Institute poll released Tuesday.

The governor made fighting corruption a centerpiece of his agenda, but after just nine months of functioning, and only a preliminary report on the table, Cuomo shut the commission down on March 29, saying it is no longer needed since anti-corruption language was included in this year’s budget law.

A week later, federal prosecutor Preet Bharara called disbandment of the commission premature. Last Thursday he took over a truckload of documents the commission generated, saying his people will continue the work.

Despite extensive media coverage, 41 percent of poll respondents answered they had heard nothing at all about the commission’s disbanding.

While this year’s budget law reforms focus mostly on higher penalties for bribery and corruption, the real problem lies with practices that are actually legal, according to Ian Vandewalker, counsel at the Brennan Center for Justice at New York University School of Law.

“There’s a culture of corruption in Albany,” he said. “A candidate can accept $60,000 from an individual and then go and advocate for a road arm legislation that might help that individual, or that individual’s industry make more money, or get a tax break.”

The primary recommendation of the commission’s report was to establish state public campaign financing, similar to the system in New York City, where campaign contributions from local residents are matched and multiplied with public money.

The system is costly. The city spent over $100 million on matching funds over the past four election cycles.

But Vandewalker believes it would help to change the culture on the state level, as it did in the city. He used the example of police officers or teachers running competitive campaigns for city offices “without having $2,000 a plate dinners.”

Cuomo only included in the budget bill public campaign financing for the state comptroller election, a disappointing outcome for Vandewalker.