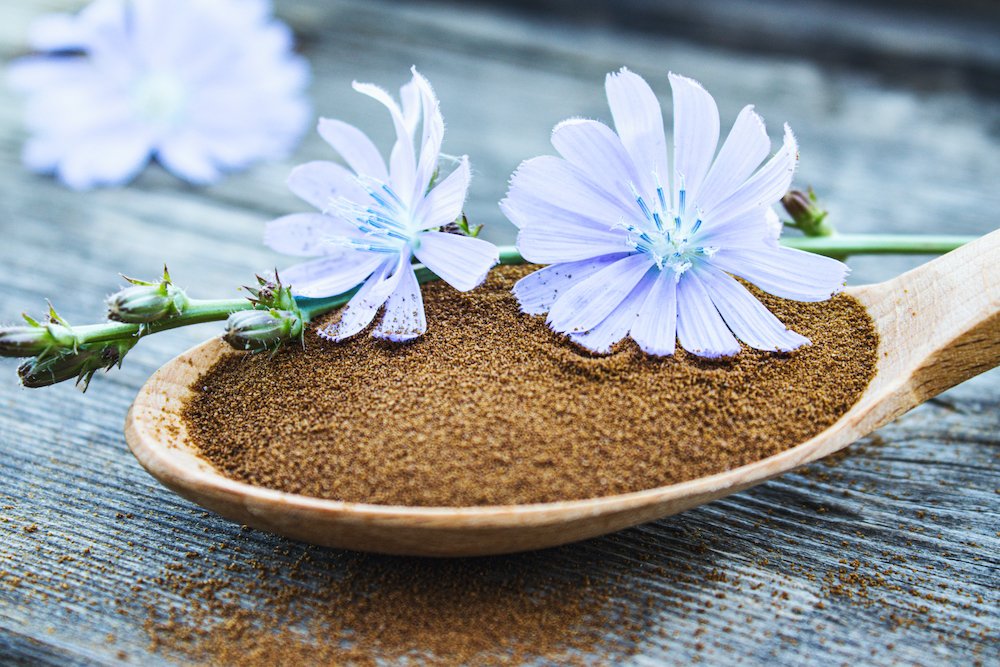 Chicory has been used as a medicine as far back as ancient Egypt. Now researchers are starting to figure out why. (Maryna Osadcha/Shutterstock)
Food as Medicine

Cooking for Healing: The Medicinal Magic of Chicory

Every part of this plant is edible and offers healing effects
BY Sina McCullough TIMEApril 18, 2022 PRINT

Herbs and spices were used by ancient cultures to heal the body, mind, and spirit. Roughly 80 percent of people worldwide still use traditional or ancient medicine, and more than 80 percent of pharmaceuticals are derived or developed from natural products, including plants. In this series, we’ll explore the healing power of herbs and spices while learning how to incorporate these ancient remedies into our daily diet.

Did you know that chicory was used by ancient cultures to treat malaria? Interestingly, scientists have recently confirmed that this herbaceous plant does, in fact, contain antimalarial compounds.

Chicory (Cichorium intybus) is a flowering plant from the dandelion family that usually has bright blue flowers. The medicinal use of chicory dates back to prehistoric times. Evidence suggests that it was grown by the ancient Egyptians as a medicinal plant to boost metabolism and promote digestion. Egyptians also consumed it as a vegetable and coffee substitute, and occasionally used it as animal forage.

In addition to the Egyptians, chicory has been used by ancient cultures around the globe to treat various ailments ranging from digestive issues to diabetes and rheumatism. For instance, in Lithuania, the juice has been used as a remedy for cancer of the uterus and tumors. In Turkey, ointment has been made from the roots and used for wound healing, and a decoction prepared from the roots has been used to relieve kidney stones and fight cancer. The whole plant has been used to treat kidney disorders and diabetes in Morocco. In South America, leaves, stems, and roots have been made into a tea and used to treat jaundice, and chicory syrup has been used as a tonic and purifying medication for infants. Meanwhile, the seeds have been used in India to protect the liver from damage.

Science Catches Up to Ancient Wisdom

While the healing power of chicory has been harnessed among ancient cultures for thousands of years, modern medicine has been slow to recognize its benefits. However, the perception of chicory is changing, as scientists have begun validating the wisdom of the ancients through studies that demonstrate numerous healing abilities.

Chicory can boost microbial diversity and abundance in the gastrointestinal tract, which helps stave off chronic and acute diseases. For instance, a 2011 study published in the International Journal of Food Sciences and Nutrition concluded that daily consumption of chicory for 28 days significantly increased the total fecal bacteria and bifidobacterial concentrations in its elderly subjects.

The researchers attributed these health improvements to the abundance of inulin in chicory root. Inulin is a prebiotic, which means it promotes the growth of beneficial bacteria in the gastrointestinal tract. That’s why inulin or chicory root fiber are commonly added to probiotic supplements and yogurt. Because chicory root is a rich source of inulin, it can help balance the microbiome and thereby improve health and well-being.

Inulin in chicory can also relieve constipation, according to a 2017 study in the International Journal of Food Science and Nutrition. Consumption of chicory-derived inulin for four weeks resulted in a significant increase in stool frequency of constipated adults along with softer stools. The 2011 study found the elderly also reported better digestion and less constipation.

Inulin isn’t digestible by the human small intestine and therefore is fermented by bacteria in the colon resulting in the production of short-chain fatty acids (SCFA). SCFAs stimulate peristalsis, or contraction of the muscles in the gastrointestinal tract, which helps move feces out of the body. During the fermentation process, the water content in the colon is increased, which also stimulates peristalsis.

Chicory was shown to suppress the oxidative degradation of DNA in calf thymus, according to a study published in the Journal of Ethnopharmacology in 1995.

A study published in 2015 in the Journal of Traditional and Complementary Medicine concluded that “chicory root extract could delay or prevent the early onset of diabetes mellitus.”

In 2016, a second study concluded that supplementation with chicory for two months resulted in reduced levels of fasting blood glucose and hemoglobin A1c, as well as a reduction in systolic and diastolic blood pressure among women with Type 2 diabetes.

Furthermore, supplementation with chicory seed reportedly “ameliorates the disease progression” of Type 2 diabetes, according to a study published in Phytotherapy Research in 2020. Hemoglobin A1c, inflammation, oxidative stress, and hypertriglyceridemia were reduced following 12 weeks of supplementation.

“Chicory root has a potential role in the management of OA,” according to a study published in BMC Musculoskeletal Disorders in 2010. After consuming chicory root for one month, patients reported improvement in pain and stiffness.

A study published in 2014 demonstrated that chicory root possesses anti-inflammatory activity by inhibiting inflammatory cytokines, boosting antioxidant potential, and acting as a free radical scavenger. A possible mechanism for the anti-inflammatory property of chicory could be its rich source of polyphenols, which are compounds naturally found in plants that reduce inflammation. Since inflammation is associated with the development and progression of chronic and autoimmune diseases, the ability of chicory to reduce inflammation could play a role in the prevention and reversal of those conditions.

For instance, a study published in the International Journal of Preventative Medicine reported that chicory root protected mice against acute pancreatitis, an inflammatory condition of the pancreas.

A study published in Phytotherapy Research concluded that chicory had antithrombotic and anti-inflammatory effects after subjects consumed chicory coffee every day for one week. Additionally, significant improvements were seen in red blood cell deformability, which is an indication of how well the body can respond to inflammation. The researchers concluded that the polyphenols contained in chicory were responsible for the heart health benefits. For instance, chicory is a rich source of caffeic acid, which is a polyphenol that inhibits platelet aggregation.

Chicory inulin supplementation can improve liver function. For instance, a study based on a randomized controlled trial was published in 2016 in Primary Care Diabetes that reported improvement in liver function tests, including aspartate aminotransferase (AST) and alkaline phosphatase (ALP), following two months of supplementation with chicory inulin among patients with Type 2 diabetes.

Chicory has “great potential” against parasites, according to a 2021 review article published in the journal Molecules. This is a traditional use of chicory. In Afghanistan, chicory root extract is used as an ancient plant remedy to fight malaria, which is caused by a parasite. Science has now confirmed the presence of antimalarial compounds in chicory root, including lactucin and lactucopicrin.

Chicory contains compounds with antibacterial activity, such as oxalic acid, shikimic acid, and quinic acid. These acids reportedly fight bacteria, including Streptococcus mutans, by decreasing biofilm formation and adhesion of the bacteria to the cells, according to an article published in the journal Complementary and Alternative Medicine. A study published in the Arabian Journal of Chemistry concluded that chicory seed extracts contain antimicrobial activity against four “pathogenic” microorganisms: Staphylococcus aureus, Pseudomonas aeruginosa, Escherichia coli, and Candida albicans.

Chicory also contains compounds, such as caffeic acid, that have antiviral properties. In fact, chicory has been identified in an article in RSC Advances as a potential therapeutic agent against COVID-19.

How to Add Chicory to Your Diet

Chicory can be foraged in most areas of North America, Asia, and Europe. Even though chicory in its whole form isn’t commonly found in U.S. grocery stores, the whole plant is edible:

All parts of the chicory plant are used in traditional medicines globally. Although phytochemicals and other healing nutrients are found throughout the plant, they are concentrated in the root.

Boil young chicory roots for a side dish: Boil young roots or cook in butter until tender and serve with an herbal sauce or drizzle with butter or avocado oil.

Add young chicory leaves and flowers to your salad: Young leaves can be added to salad, either alone or alongside other leafy greens, in addition to the flowers. The bitterness is well complemented by other salad ingredients, including nuts, apples, blue cheese, or balsamic vinegar.

Add young chicory leaves to a sandwich: Young leaves pair well in a sandwich alongside other greens.

Sauté chicory leaves: Sauté young leaves in butter or olive oil and serve as a side dish. If too bitter, soak the leaves in boiling hot water before serving.

Make a chicory decoction: Add cold water to the plant material, boil and allow to simmer for 5–10 min then strain and consume. Chicory decoctions are traditionally made from either the whole plant or individual plant parts.

If you’re looking for a coffee substitute, chicory root coffee may be your answer. Chicory root provides a smooth, creamy texture and flavor that mimics coffee but doesn’t contain caffeine.

Caffeine can stimulate the fight or flight response, which can increase anxiety, blood pressure, and nervousness. Caffeine can also disrupt your sleep cycle, increase the chance of depression in adolescents, and alter estrogen levels.

By contrast, chicory root coffee provides numerous health benefits while still offering the feel and taste of a cup of coffee.

If you’ve visited New Orleans, you’ve likely encountered chicory coffee. During the American Civil War, Louisianans began adding chicory root to their coffee due to the Union naval blockades, which cut off shipments of coffee to their port. Chicory coffee with hot milk, known as café au lait, became an essential part of the history of New Orleans and is still a beloved tradition in Louisiana. Below is my modified version of café au lait.

Please do not try this recipe if you are allergic or sensitive to any of the ingredients.

Pregnant or breastfeeding women should consult their health care provider before consuming chicory. Chicory coffee is not recommended for pregnant women because it may trigger menstrual bleeding or miscarriage. If you are allergic to birch pollen, ragweed, marigolds, daisies, or related plants, you may experience an allergic reaction to chicory. Chicory is generally well tolerated; however, some people may experience symptoms such as flatulence, belching, abdominal pain, intestinal sounds, and bloating. 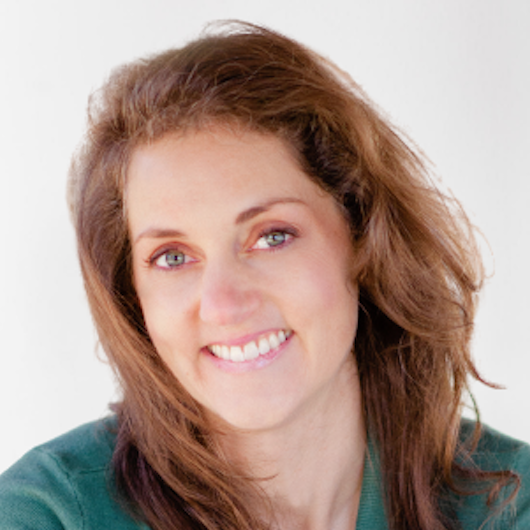