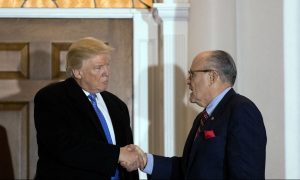 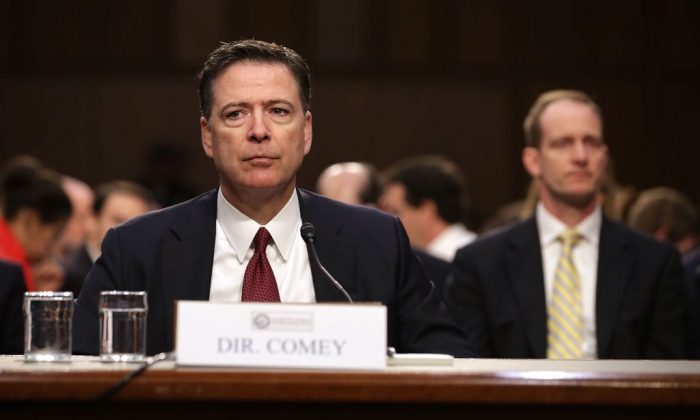 Memos written by former FBI Director James Comey show that President Donald Trump did not interfere with the agency’s investigation into alleged Russian interference in the 2016 elections.

In a memo dated March 1, 2017, Comey said that President Trump agreed with the need for the FBI to conduct a thorough investigation. He also said that he had told the president that he was not under investigation himself.

The revelation disproves the narrative that President Trump had sought to abuse his power to end the investigation.

Comey’s statement is also consistent with that of Special Counsel Robert Mueller, who told Trump’s lawyers earlier this month that the president is not a criminal target in his investigation.

Mueller was appointed Special Counsel by Deputy Attorney General Rod Rosenstein after he had recommended Trump fire Comey in part over his handling of the Hillary Clinton email investigation.

During a visit to the White House last week, Rosenstein told Trump that “he isn’t a target of any part of Special Counsel Robert Mueller’s investigation or the probe into his longtime lawyer, Michael Cohen,” Bloomberg reported, citing several people familiar with the matter.

For over a year now, media organizations and politicians have pushed the narrative that Trump colluded with Russia to win the 2016 elections.

An investigation headed by Director of National Intelligence (DNI) James Clapper, ordered by then-President Barack Obama, had already found in January 2017 that there was no evidence of collusion.

An investigation by the House Intelligence Committee published last month confirmed those findings, and after a year-long investigation, also reported that there was no evidence of collusion.

Comey made the surprising admission during a hearing before the Senate Judiciary Committee in June 2017 that he had leaked his memos, most of which were marked secret, to a friend with the stated purpose of having them reach the press. The friend then passed them on to a reporter for The New York Times.

The Department of Justice (DOJ) Inspector General (IG) is currently investigating Comey’s leaks of classified information, as well as his controversial handling of the Clinton email investigation in which he took the unorthodox step to announce that he recommended no criminal prosecution despite having initially found her guilty of gross negligence in handling classified material, a criminal offense; normally the FBI investigates, while the determination of whether to prosecute is a decision reserved to the DOJ.

On Thursday, former FBI Deputy Director Andrew McCabe’s lawyer confirmed that the DOJ Inspector General had made a criminal referral for his client. McCabe allegedly leaked to the press and lied under oath.