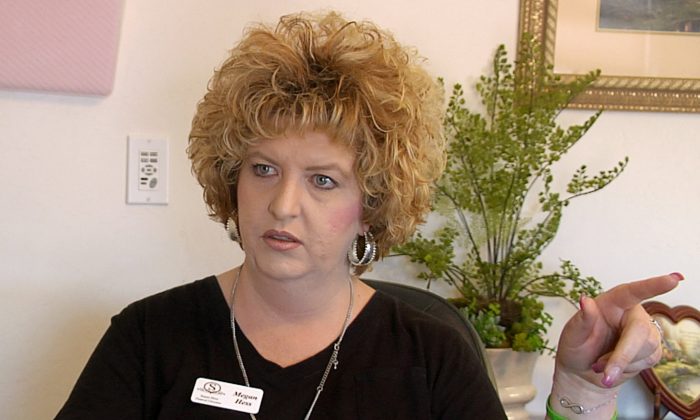 Megan Hess, owner of Donor Services, is pictured during an interview in Montrose, Colorado, U.S., May 23, 2016 in this still image from video. (Reuters/Mike Wood/File Photo)
Crime and Incidents

Colorado officials indefinitely shut down the funeral home and crematory this week of a woman who runs a side business selling donated body parts from the same building.

In its order, issued Monday, the state’s Office of Funeral Home and Crematory Registration suspended operations at Sunset Mesa Funeral Directors after saying that cremated remains returned to one donor were analyzed by the family and found to be concrete, not human ashes.

The action against Sunset Mesa and its owner, Megan Hess, comes after an FBI raid last week. That raid followed a report by Reuters in January about alleged practices at Sunset Mesa funeral home and Donor Services, the Hess-run body donation firm.

Former employees of the Montrose, Colorado, establishment had told the news agency before the FBI raid that they were troubled by what they witnessed at the funeral home.

Although Hess spoke with Reuters about her businesses in 2016, she has since declined to comment. By Tuesday morning, the funeral home’s website had been taken offline and the phone number disconnected. Hess’s lawyer, Carol Viner, could not be reached for comment. Previously, Viner had asked Reuters to “refrain from contacting” Hess employees “for any reason.”

In its order, the Colorado department, a division of the state’s Department of Regulatory Agencies, found that Hess neglected to maintain required cremation records for at least five years and final disposition records of the deceased for at least seven years. Sunset Mesa also disposed of bodies before obtaining the necessary permits, the state order said.

In last month’s story by Reuters, former employees described how bodies donated to Donor Services were dismembered and sold. The so-called body broker business operated out of the same building as Sunset Mesa.

State officials contacted Tuesday said that the suspension order extends only to the funeral home and crematory and that the office “has no regulatory authority over Donor Services,” the body donation company.

Reuters was unable to determine whether Donor Services, the body donation company, remains open but its number was also disconnected.

No federal law governs the sale of cadavers or body parts for use in research or education, and few state laws — including those in Colorado — provide any oversight.