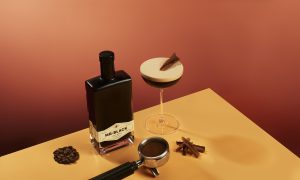 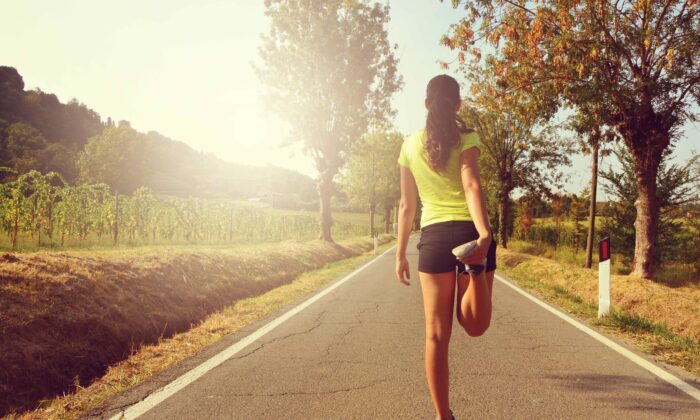 A short bit of exercise can give an energy and concentration boost similar to a cup of coffee—without the side effects. (Zigres/Shutterstock)
Mind & Body

Coffee Versus Cardio: Can Exercise Offer the Same Mental Boost as Caffeine?

Your alarm goes off and it’s time to start another day. What’s your first step? Perhaps making a cup of coffee? You may want to consider a brisk walk instead.

In Canada, and the United States, coffee is second only to water as the beverage most commonly consumed by adults. Although caffeine—the psychoactive ingredient present in coffee—is associated with several positive effects such as an increase in alertness, energy, and mood, caffeine is not all good news for everyone. Some individuals experience negative effects from caffeine consumption, such as increased anxiety symptoms and muscle tremors.

Concerns about caffeine consumption have also been raised for both children and pregnant women, prompting reduced consumption guidelines for these groups. At some point, the majority of caffeine consumers have experienced the adverse effects of withdrawal symptoms. These can feel like a headache, tiredness, and grouchiness.

The question then becomes: what could provide similar benefits to caffeine without the side effects? The answer may be aerobic exercise.

Our lab examines how exercise can improve various health outcomes, one being cognition. In a recent study, we put aerobic exercise and caffeine head to head, to look at their ability to provide a “boost” to a measure of cognition called working memory.

Working memory refers to our ability to temporarily store and manipulate information to complete a task. Working memory is what you are using when you are at the grocery store trying to quickly recall the items on your list while updating that information with the price tags you are seeing in front of you. It is used in our everyday life and is associated with how well we perform at school and work.

In our study, we examined what would happen to working memory when we got healthy adults to complete a brisk, 20-minute walk on a treadmill versus when we gave them a dose of caffeine equivalent to what people consume in a small cup of coffee.

Our results indicated that a dose of moderate-intensity exercise was essentially equivalent to a dose of caffeine in improving working memory in both adults who regularly consume caffeine and those who don’t. This result would suggest that replacing coffee with a single bout of aerobic exercise could not only provide a cognitive boost similar to coffee but may also provide other health benefits that come along with exercise.

To dig a little deeper into the issues surrounding caffeine, exercise, and cognition, our team wanted to examine what would happen during caffeine withdrawal.

This time, we asked our caffeine consumers to undergo a 12-hour caffeine deprivation period. Then they had to come into the lab so we could assess their caffeine withdrawal symptoms, including fatigue, difficulty concentrating, grouchy mood, lack of motivation, and headache. We also assessed their working memory and found that it was not affected by caffeine withdrawal.

So how exactly does aerobic exercise provide this cognitive boost and reduce caffeine withdrawal symptoms? Although there is still a lot of debate, and investigations are underway, previous research has suggested improved blood flow in the brain, the release of neurotrophic factors (which are like food for brain cells) and the release of hormones such as dopamine and epinephrine that are associated with mood and energy, may all be in some part responsible for these effects.

These findings are encouraging, as they suggest something as simple as taking a brisk walk during your lunch break may help fight off the afternoon energy slump. Furthermore, for individuals who may want to avoid coffee, engaging in short bouts of aerobic exercise may be a compelling alternative for improving several health outcomes.