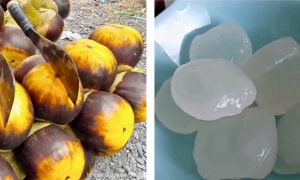 Video: These Weird-Looking Coconuts Are Unlike Any Fruit You've Had Before
0 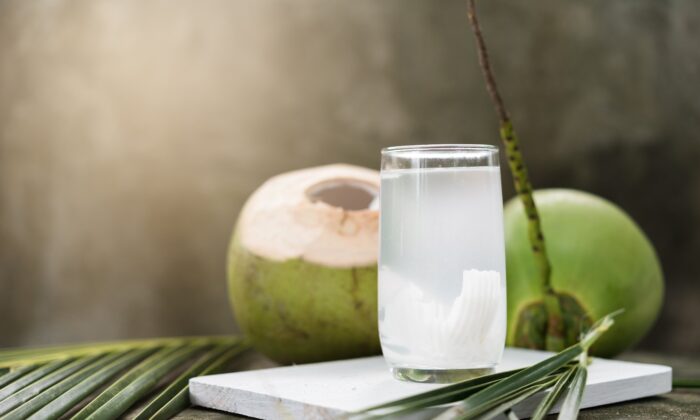 Coconut water is a gift of nature, a complex and nutritious beverage with a host of benefits. This liquid is found in the center of a young, green coconut and helps nourish the fruit. Its wide range of applications is possible thanks to its unique chemical composition of sugars, vitamins, minerals, and amino acids, as well as phytohormones.

The average green coconut offers about one-half to 1 cup of coconut water. One cup contains 46 calories along with 9 grams of carbohydrates, 3 grams of fiber, 2 grams of protein, 11 percent of the recommended daily intake (RDI) of sodium, and 17 percent of the RDI of potassium.

Coconut is known to be an excellent alternative to sports drinks, a natural refreshing beverage that could be used for whole-body rehydration post-exercise. Nature also filters coconut water through an intensive purification process, eliminating safety issues commonly tied with municipal water systems and even sports beverages’ comprising synthetic ingredients.

Let’s recap some of the whole-body benefits of consuming fresh coconut water, starting with a 2018 study looking into its effects on body weight and glucose levels.

The researchers divided the 80 healthy subjects they recruited into two randomized groups consuming a standardized diet along with either 100 grams (3.5 ounces) of fresh coconut or an equal amount of groundnuts and groundnut oil for 90 days.

The results showed that fasting blood sugar in both groups was significantly reduced. Yet they also observed a significant reduction in body weight in the coconut group, along with a notable increase in diastolic pressure in the groundnut group.

Coconut water vinegar, too, has been promoted as a food ingredient with potential anti-obesity and anti-inflammatory effects, thanks to alterations in the gut microbiota due to increased populations of bacteroides and akkermansia genera bacteria.

Other Benefits of Coconut

Lipid-lowering action: Coconut water has a lipid-modulating effect similar to the drug lovastatin in rats fed a fat- and cholesterol-enriched diet.

Sperm preservation: A coconut water-based extender, ACP-116c, along with 20 percent egg yolk and 3 percent glycerol, was effective for the cryopreservation of semen.

Kidney stone fighter: In a study on rats with kidney stones, coconut water barred crystals from sticking to the kidneys and other parts of the urinary tract. In addition, it slashed the number of crystals formed in the urine.

While pure, clear water remains the beverage of choice to stay cool and hydrated, natural coconut water can be a sound option, replacing electrolytes lost from sweating without the added sugar. Its close kin, coconut oil, is equally celebrated for its own set of healing and nourishing benefits.