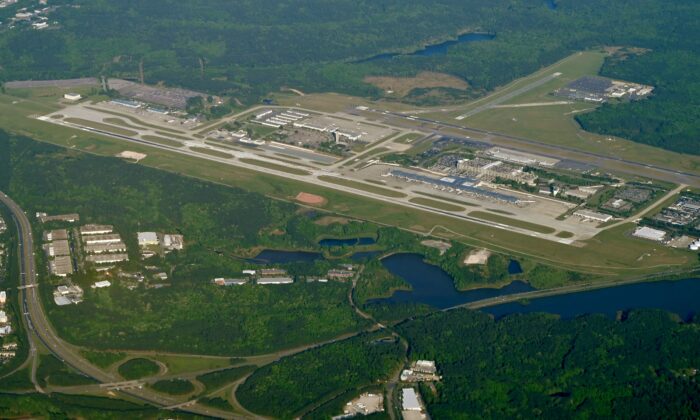 Co-pilot Dies After Fall From Plane in North Carolina

The co-pilot of a small cargo plane died Friday after falling from the aircraft in North Carolina before it made an emergency landing.

News outlets report that the body of the co-pilot, 23-year-old Charles Hew Crooks, was found in a backyard in the town of Fuquay-Varina, about 30 miles south of the Raleigh-Durham International Airport. He did not have a parachute.

The pilot made an emergency landing at the airport Friday afternoon after reporting that one of the wheels had come off the landing gear. He was treated and released from a hospital with minor injuries.

The pilot was the only person on board the turboprop aircraft when it landed.

Local, state and federal authorities, including the Federal Aviation Administration and the National Transportation Safety Board, are investigating.