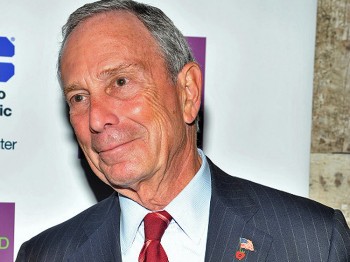 Catherine Yang
View profile
Follow
biggersmaller
Print
NEW YORK—After months of contentious budget haggling, Mayor Michael Bloomberg and the United Federation of Teachers (UFT) announced on Friday an agreement that will prevent layoffs of about 4,100 teachers. While the revised budget is still slated for review by the City Council by Tuesday, the deal between the city and the UFT has made a few trade-offs that will cut costs without cutting teachers.

“We have agreed upon a fiscally responsible budget that does not raise taxes and protects the core services that will allow us to continue growing our economy, improving our schools, and protecting our neighborhoods,” Bloomberg said.

Concessions made by the UFT include cutting study sabbaticals in the 2012–2013 school year and putting into effect a 30-percent salary reduction for teachers on approved one-year study sabbaticals. This will save the city $17 million.

The Absent Teacher Reserve (ATR), which includes about 1,600 teachers without full-time positions but on full payroll, will be taking over substitute teaching positions. The rate for a substitute teacher is otherwise a little over $150 per day, on average, and about $180 per day for periods longer than 30 days.

The 6,000 teacher layoffs proposed in the mayor’s original budget were supposed to save the city $300 million. With the concessions made by the UFT, the city will save about $60 million.

“I want to thank all the parties involved in this agreement for their willingness to come together to prevent the harm that would come to our students from a massive loss of public school teachers,” Mulgrew said.

The city will still lose 2,600 teachers to attrition—more than what was originally planned—and class sizes are expected to increase.

Schools Chancellor Dennis Walcott notified principals of the city’s public schools in an e-mail, writing that these cuts are “difficult, but necessary decisions.”

City Council Speaker Christine Quinn, who had previously said she would “do everything in our power to prevent teacher layoffs,” was present at the announcement. She had been negotiating with the UFT regularly prior to agreement.

In addition to the mayor retracting his plan to lay off teachers, 20 fire companies that were in danger of closing for the third year in a row will remain open as well.

“This budget protects jobs and vital services without mortgaging our future,” said Councilor Domenic M. Recchia Jr., chairman of the Finance Committee. He said that City Council members called the committee members’ offices and “flooded our inboxes.” “They showed up in force at our hearings, and they told us exactly what was important to them. This was a collaborative process … and it was a success,” Recchia added.

The $700 million saved from the Retiree Health Benefit Trust fund, established by the mayor and City Council in 2006, went toward saving many of these jobs and preventing tax increases. The city still will be losing about 1,000 non-uniform workers from various divisions and faces a $5 billion deficit next year, mainly due to a $5.6 billion reduction in state aid.

“Make no mistake about it. This is not a good-news budget,” Bloomberg said. “We always have the money. The question is: Do we need to spend it on this or that, or spend it now or later?”