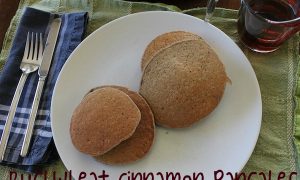 Cinnamon Is for Circulation in Chinese Medicine

Cinnamon, “gui zhi,” is one of the oldest spices around, and it is mentioned frequently in the Bible as an ingredient for making holy anointing oil. Even earlier, cinnamon received much attention in China. It is mentioned in one of the earliest books (approximately 2,700 B.C.) about Chinese botanical medicine.

Is Your Cinnamon For Real?

Today, the cinnamon twig is one of the most important circulatory herbs in Chinese herbalism. It is made from the fine branches and twigs of the Saigon cinnamon tree, a large tropical tree.

With these properties, gui zhi is commonly used for menstrual disorders such as abdominal masses, stopped menstruation, and abdominal cramps. In addition to activating circulation, the spice has anti-clotting actions.

It should be used with caution by women who are pregnant or bleeding heavily. Some herbs are known to react with your existing medications, so please consult a qualified Chinese herbalist before taking any herb.

Jennifer Dubowsky, LAc, is a licensed acupuncturist with a practice in Chicago. She earned her Bachelor of Science degree in kinesiology from the University of Illinois–Chicago and her Master of Science degree in oriental medicine from Southwest Acupuncture College in Boulder, Colorado, and interned at the Sino-Japanese Friendship Hospital in Beijing, China. She wrote Adventures in Chinese Medicine and maintains a blog at Acupuncture Blog Chicago. Contact her at www.tcm007.com.