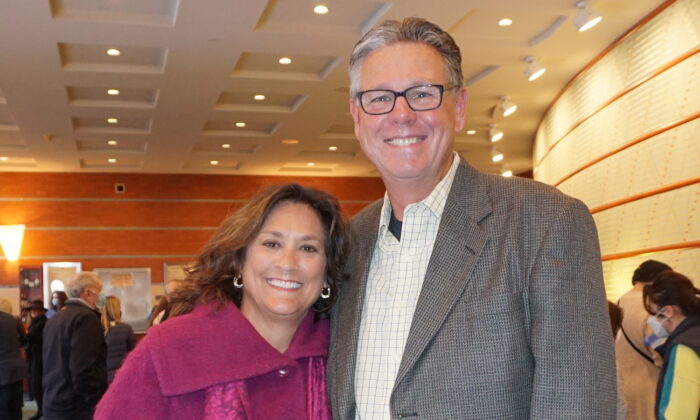 Jim and Lisa Stull at the matinee performance of Shen Yun in Cincinnati, Ohio, on Feb. 27, 2022. (Nancy Ma/The Epoch Times)

CINCINNATI, Ohio—Jim and Lisa Stull drove over 1,000 miles from Florida to see Shen Yun, arriving in Cincinnati at 3 a.m., making them fashionably early for the Feb. 27 matinee.

“We got some sleep and we got to come here and see the show—we were afraid that we weren’t going to be able to, but it was beautiful!” said Mrs. Stull.

Despite the grueling travel, the couple was happy they came, finding the performance of classical Chinese dance and music “relaxing, calming, and peaceful.”

Mrs. Stull said she was “in awe” of the dancers and musicians.

“I think it’s good for them to get the Chinese culture out there because especially with the pandemic there are a lot of people who are down on that,” she said. “I think that [Shen Yun] showed an artistic performance [that says Chinese people are] individuals and I just think it’s good to get that out there.”

Mario Castillo-Sang, a surgeon at Saint Elizabeth Healthcare, came to the performance with his family. His mother was born in China.

“She emigrated from China after the Cultural Revolution, when her grandfather was killed by a squad,” said Dr. Castillo-Sang. “We’re not very enthusiastic about communist regimes.”

Coming from such a background, Dr. Castillo-Sang understands well that the Chinese people and the Chinese communist regime are not one and the same.

“I think that the regime that rules them does not represent who the Chinese people are,” he said, adding that Chinese people hold friendship and tolerance as values, and simply want to live their lives in peace.

For him, Shen Yun highlighted that basic universal desire for peace and freedom.