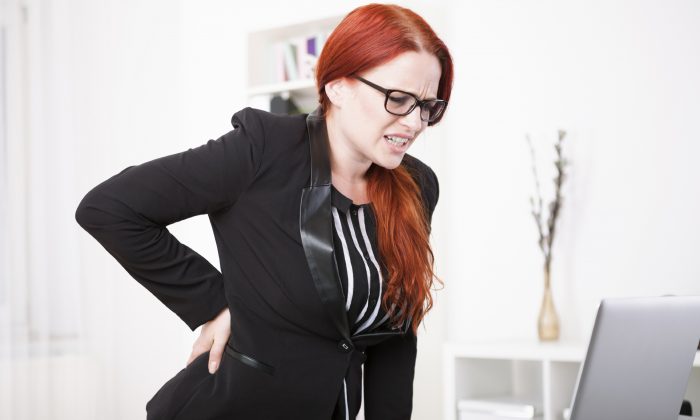 As a physician treating pain conditions, I firmly believe, as the government has just confirmed, that excessive use of opioids seldom helps chronic pain patients and often make them worse. Some of my patients have balked at my edict that they titrate off all opioid pain medication before I treat them—but soon they discover the pain medications were not helping them anyway and they start to improve.

Here is the story of one patient who was able to avoid the opioid route and resume a higher quality life through multidisciplinary treatment with physical and occupational therapists and psychological support.

Susie was a successful, 40-year-old executive who worked as deputy director for a large, not-for-profit organization. She was happily married with two children, 8 and 6. In her mid-30s, Susie began to feel exhausted at times and attributed it to stress and overwork. The symptoms did not go away, however, and she soon began to wake up with pain—sometimes in her neck, other times in her lower back, elbows, or knees.

Suspecting “arthritis,” which ran in her family, Susie saw a doctor who gave her a clean bill of health and suggested that antianxiety medications might help.

Millions Have It, but Chronic Pain Is Still a Mystery to Doctors

Six months later, despite her medications, Susie was still exhausted, having headaches, and experiencing frequent pain in her neck, shoulders, and lower back. She was becoming irritable at work and at home and her husband suggested she see his internist.

After a scare in which the internist first surmised that Susie was developing rheumatoid arthritis, Susie was reassured that there was “nothing wrong” with her. But Susie’s pain and fatigue continued and she began to have trouble falling sleeping in addition to waking up with pain.

She and her husband tried different mattresses, including the “Sleep Number Bed” she heard advertised so often on TV, to no avail. Susie’s sleep pattern, constant pain, and fatigue grew worse and her coworkers began to notice it. Reluctantly, on the suggestion of her husband and family members, Susie agreed to see a psychiatrist about the symptoms.

After a few visits, she was told there was “no emotional basis to the pain.” It was both a relief and not a relief.

Finally, Susie visited a rheumatologist who diagnosed Susie with fibromyalgia as well as with arthritis in her neck. It was a mixed “blessing.” Susie was glad to know there was definitely something “wrong”—it was not her imagination or emotions—but, as Susie told me ruefully, “the doctor told me there is no treatment for fibromyalgia and I just had to live with it.”

Susie was angry and demoralized. Her life was becoming smaller all the time. She and her husband had given up their family bike rides and she had stopped serving as a judge at children’s sports activities and other community events. Susie did not want to go on long trips because of the discomfort of car travel and sleeping in different hotel rooms. Her husband was becoming more irritable as Susie withdrew from the family and life.

Susie’s sleep began to degenerate further and she began to miss work. Her employer questioned her motivation and insinuated she had stress at home or was losing her spark and edge or even becoming lazy. This charge was infuriating and shameful to her.

Breaking the Cycle of Chronic Pain and Suffering

A Doctor Discusses Lower Back Pain and His Own ‘Back Attack’

Susie tried a fibromyalgia support group but she felt the participants sounded angry and were more depressed and disabled than she was. For example, group members often discussed a mental cloudiness that they called “Fibrofog” which she had never experienced. After the meetings, she felt worse.

Luckily, Susie found a multidisciplinary pain program not far from where she lived and her improvement began right away.

From the multidisciplinary program’s physical and occupational therapists, she learned to change abnormal postures that were causing her trouble. From a psychologist, she got in touch with her frustration over the demands of the many roles she played at home, socially, and at work and realized she had to make adjustments.

Soon she was able to engage in appropriate assertive communication with her employer, her family, and her spouse and organize her life differently.

Susie began to take time for herself. Her aches and pains became less frequent, but when they flared up she had the education and knowledge to know what to do. From the physical and occupational therapists, she learned to avoid doing activities simultaneously without taking breaks and she learned the concept of “pacing.”

Today, Susie has a more balanced life. She is not free from fibromyalgia symptoms, but she has tools to manage them learned from multidisciplinary rehabilitation. And while her “Sleep Number Bed” did not fix her pain, she sleeps better in it.

Sridhar Vasudevan, M.D., is a clinical professor of physical medicine and rehabilitation at the Medical College of Wisconsin in Milwaukee. This is an excerpt from “Multidisciplinary Management of Chronic Pain: A Practical Guide for Clinicians,” available from the global publishing company Springer.