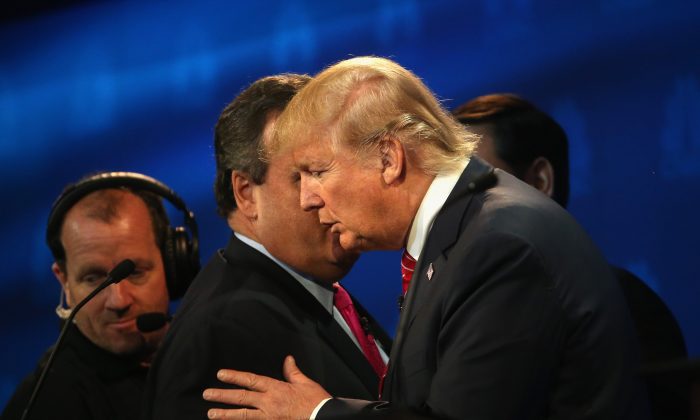 Christie said at a news conference in Fort Worth, Texas, that Trump “will do what needs to be done to protect the American people.”

The endorsement by the New Jersey Governor comes two weeks after Christie himself dropped out of the Republican race, after coming in sixth in the New Hampshire primary.

I am proud to be here to endorse Donald Trump.
— Chris Christie, New Jersey Governor

“I am proud to be here to endorse Donald Trump,” Christie said at the event according to The New York Times.

Trump described Christie as a “spectacular governor” and said “he’s been my friend for many years.”

Christie memorably attacked the freshman senator at the final Republican debate before the New Hampshire primary, tripping up Rubio in a moment that likely contributed to his poor performance in the state’s primary. Christie accused him of parroting the same lines repeatedly and said a president should be able to think on his feet.

The endorsement from Christie comes the day after Rubio changed tactics in Thursday’s GOP debate and began to attack Trump on a variety of fronts, from his business background to his preparedness to lead the nation. Rubio continued on Friday morning, calling Trump “a con artist” during a round of morning television interviews.

In an interview earlier this month, a day before dropping out of the race, Christie told Yahoo politics writer Jon Ward that he could have taken on Donald Trump if he wanted.

“I do so at a time and place of my choosing. There’s no need for me to do that now,” Christie said at the time.