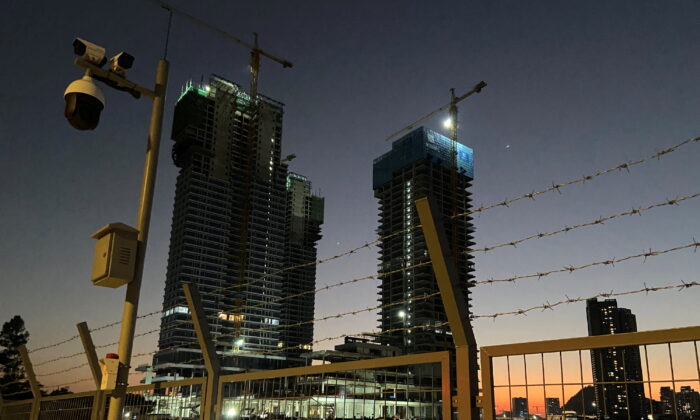 HONG KONG—Chinese property developer Ronshine China Holdings Ltd. has not made interest payments on its June 2023 and December 2023 notes, totalling $27.9 million, in the latest blow to China’s embattled property market.

Ronshine has not made payment of $12.798 million interest on the 8.1 percent senior notes due June 2023, which became due and payable on June 9 and has a 30-day grace period to pay such interest, it said in a HKEx filing late on Sunday.

The company also said it has not made payment of $15.07 million interest on the 7.35 percent senior notes due December 2023, which became due and payable on June 15 and has a 30-day grace period to pay the interest.

“In light of its current liquidity position, the group cannot guarantee that it will be able to perform repayment obligations of the interest on senior notes mentioned above and other senior notes when they fall due or within the relevant grace period,” chairman Ou Zonghong said.

Ronshine said it has not received any notice so far regarding accelerated repayment from the holders of the June 2023 notes or the December 2023 notes.

The developer said it hoped that creditors will give it certain buffer time to resolve the funding issues, and it intends to engage external advisors to explore feasible solutions with overseas creditors to seek a solution to the relevant debts.

The statement came a week after rival Shimao Group said it missed the interest and principal payment of a $1 billion offshore bond.

China’s property sector has been hit by a series of defaults on offshore debt obligations, highlighted by China Evergrande Group, once the country’s top-selling developer but now the world’s most indebted property company.