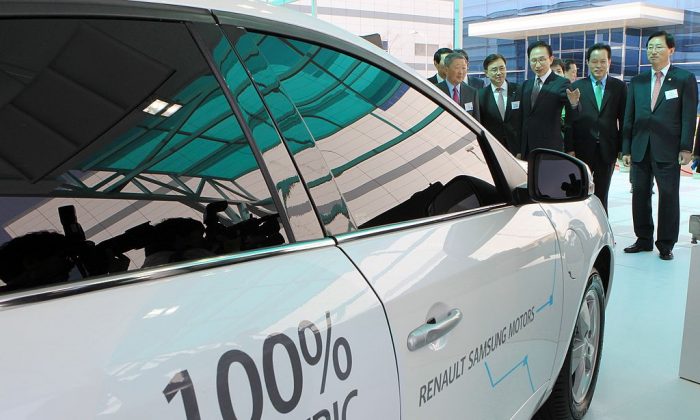 The sources added that CATL’s recruitment efforts mainly involved headhunters or South Koreans who had already moved to China. CATL had those South Koreans approach individuals currently working at the three firms.

Managers who have been targeted are being offered salaries as much as three times their current earnings, according to the sources.

“I heard an increasing number of engineers and researchers here have received job offers from CATL as the Chinese company has faced a mounting need to expand professional manpower,” one unnamed South Korean company official said.

CATL is among a group of Chinese lithium-ion battery makers that now dominate the global market. At a U.S. congressional hearing in June, James J. Greenberger, executive director of the U.S. battery trade association NAATBatt International, gave testimony that about 75 percent of all lithium-ion batteries worldwide are manufactured in China.

Greenberger said these batteries are used in a wide range of technologies and markets, including autonomous vehicles, unnamed aerial drones, maritime vessels, satellites, and electric vehicles.

The remaining 25 percent of the world’s production is dominated by South Korean and Japanese companies, with the EU and the United States each accounting for only 1 to 2 percent each, according to his testimony.

In the area of electric vehicle batteries specifically, CATL became the global leader in the first three months of this year, with a market share of 25.4 percent, according to The Korea Times, citing data from market research firm SNE Research.

The South Korean conglomerate LG ranks fourth globally. Together with its domestic competitors Samsung SD and SK Innovation, the three have a combined market share of 15.8 percent.

Greenberger also noted that the driving force behind China’s dominance in the global battery market is the Chinese regime’s aggressive push to carry out its industrial policy, the 13th Five-Year Plan (2016–2020). It targets electric vehicle and renewable energy sectors for development.

China’s economic blueprint of “Made in China 2025,” which outlined plans for turning China into a tech-manufacturing powerhouse by 2025, also highlights electric vehicle technology.

Hiring overseas Chinese and foreign talents is a common tactic the Chinese regime has employed to drive its tech ambitions. Beijing runs state-sponsored recruitment programs such as the Thousand Talents program, which has recently received heightened scrutiny from U.S. authorities due to several program participants being charged or convicted of stealing intellectual property from U.S. entities to transfer to China.

China has also aggressively courted Taiwanese semiconductor engineers and researchers in order to recruit them into working for China’s nascent chipmaking industry.

“There were some cases of Korean employees who moved to Chinese companies being fired [within] a few years and [then] faced difficulties in finding a new job,” the unnamed source said.

He added: “Moving to China has become a double-edged sword. Some employees believe it is much better to stay at Korean companies for stable and long-term employment even though they are paid less.”