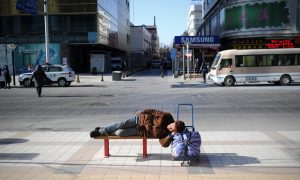 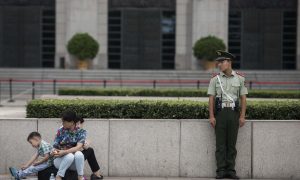 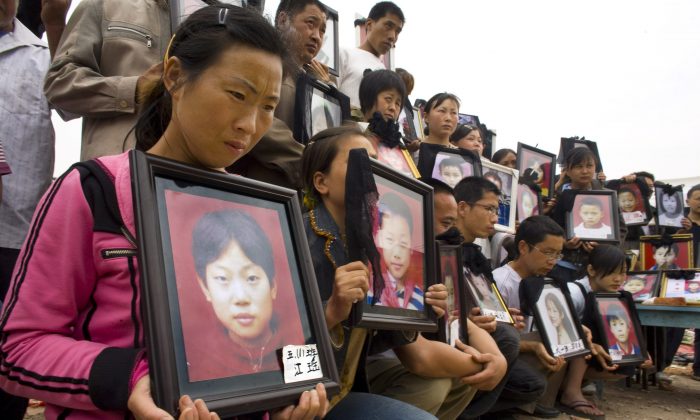 Parents mourn their children, who died at Fuxin Primary School on May 22, 2008, in Wufu, Sichuan Province, China, on May 22, 2015. (Paula Bronstein/Getty Images)
China

Xiao Kelian tried to kill herself after her only daughter died from leukemia at age 13. The grieving mother survived, but a year later, her husband filed for divorce, so he could remarry and have a son. Xiao was in her 40s and too old to bear more children by the time of their daughter’s death. Her husband told her he “needed to have descendants,” Xiao sighed.

Xiao, now 54, is a casual worker from Shenyang, and one of China’s millions of “orphan parents.”

The term refers to parents in China who have lost their only child.

With the abolition of China’s one-child policy announced in late October, couples are now allowed to have two children. This has left many orphan parents bitter that the change comes too late for them.

‘Install it, install it,’ they told me when I was still breastfeeding.
— Xiao Kelian on Chinese state family planning officers

Orphan parents face divorce, depression, and the prospect of growing old in a China where the cost of living is skyrocketing and the state provides little in the way of a social safety net.

In China, children are traditionally expected to provide for their parents—fulfilling the role that nursing homes and old age pensions play in the West.

In some cases, such as Xiao’s, a child’s death may be accompanied by vast medical bills too. “My child is dead after 10 years of medical treatment,” Xiao said in a telephone interview. Her daughter’s battle with leukemia left Xiao nearly 280,000 yuan ($44,000) in debt.

“I’ve become an orphan again,” Xiao said, who lost her biological parents when she was young. With the death of her adoptive parents and daughter in close succession, and a divorce, she is reliving the pain of having no family for a second time.

Xiao’s story (without the additional layer of tragedy) is common for millions of Chinese.

Yi Fuxian, a researcher at the University of Wisconsin and author of the book-length study “A Big Country With an Empty Nest,” estimates that 10 million of China’s 218 million only children will likely die before they turn 25, meaning that 20 million parents are at risk of becoming orphans before they’re grandparents.

A 2012 study by China’s Ministry of Health estimates that the orphan parent population will increase at a rate of 76,000 annually.

When Xiao’s daughter was born in 1986, state family planning officers dropped in—not to check on the baby’s health, but to fit Xiao with an intrauterine device to prevent her having another pregnancy.

“‘Install it, install it,’ they told me when I was still breastfeeding,” she recalled.

Since the Chinese Communist Party enacted its one-child policy in the 1980s, state family planning units have enforced the rule with draconian, sometimes brutal measures and a disdain for privacy.

One-child families nationwide are walking on a thin thread, and we’re the ones that fell off.
— An orphan parent

Chinese parents thus pour their hearts into their only child, hoping to give them a life better than their own—as well as counting on the child to see them through old age.

When grown children meet with an untimely death, parents are bereft.

“Who’s going to take care of us when we fall ill?” Xiao asked. “Hasn’t our generation been sacrificed?”

The authorities issue a meager monthly stipend to orphan parents. Xiao receives the maximum of 340 yuan ($53). This sum is added to her pension of 1,900 yuan (close to $300). Compare this with the 2,000 yuan she paid in medical fees alone in October, and to the average urban income of 2,632 yuan per month, according to statistics published by Shenyang Statistics Bureau and National Statistics Bureau.

Desperate for children, some orphan parents resort to unconventional means.

Guo Min opted for artificial insemination in 2010 as a way to become a mother of a pair of twins at age 56, according to a mini-documentary on her by Hong Kong-based Phoenix Television in November.

Guo, now 61, said she felt like she couldn’t live on when her daughter died in 2005. Five years later, she borrowed $4,700 from her mother to be inseminated in a lab. Today, she constantly worries about the health of her 5-year-olds (a girl and a boy), as she’d have no way to pay for medical bills.

Guo was offered up to $150,000 to adopt one of her children, she said, but she refuses to part with either of them. “Even if I have to become a beggar, I will bring them with me, and never be separated from them. They are my light, my hope, my future,” Guo said.

“Without them, honestly, I wouldn’t have the will to live.”

In One Tremor, 6,000 Bereaved Families

In his book “The Difficult Path of Rebirth,” author He Xiaoqing documented the travails of Sichuan residents who became orphan parents following the massive Wenchuan earthquake in 2008, which “buried nearly 100,000 lives, leaving over 6,000 families cruelly robbed of their only child,” as he puts it.

The book tells the heart wrenching story of Liu Wenzhong.

When the earth started to tremble, Liu looked in the direction of his 12-year-old daughter’s school, hurried over from work, and was dumbstruck by the scene—a school building split down the middle; the bodies of students strewn everywhere; and parents crying as they tried to rescue their children.

Even four days after the earthquake, Liu was still trying to find survivors. He stood in front of the remains of the building, his arms and legs streaked with the blood of children he tried to rescue, feeling nothing but the pain of losing his only daughter, Liu Xirui.

Orphan parents in Sichuan have since set up online chat groups on Tencent QQ, a popular Chinese Internet instant messaging service, as a means to connect, communicate, support each other, and find solace.

“One-child families nationwide are walking on a thin thread, and we’re the ones that fell off,” an orphan parent wrote in a QQ chat group that has been widely cited in the Chinese press.

When orphan parents grow old, they can’t even check themselves into a nursing home because preference is given to those whose children or relatives can act as a financial guarantor, according to Beijing News.

“What if they go senile and cannot pay their fees? That is a huge risk for us,” the staff of a nursing home in Beijing’s Huairou District told Scientific Life Weekly. That particular nursing home, which wasn’t named in the report, will only accept orphan parents if they can secure the signatures of at least two relatives.

Elderly orphan parents are supposed to be able obtain a certificate from their former workplace or local authorities to help them secure a place in a nursing home. But according to Beijing News, there are no specific provisions for the issuance of such documentation, making it sometimes impossible to obtain.

In 1985, soon after the one-child policy was rolled out, state slogans played up the idea that the authorities would assume the burden traditionally taken by children. “Just one child is good, the state will ease your seniorhood,” read one famous, rhyming slogan.

Thirty years later, orphan parents are facing the reality that the state has provided nothing, and now there’s nowhere to turn to ease their old age.

Larry Ong contributed to this report.