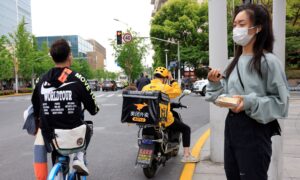 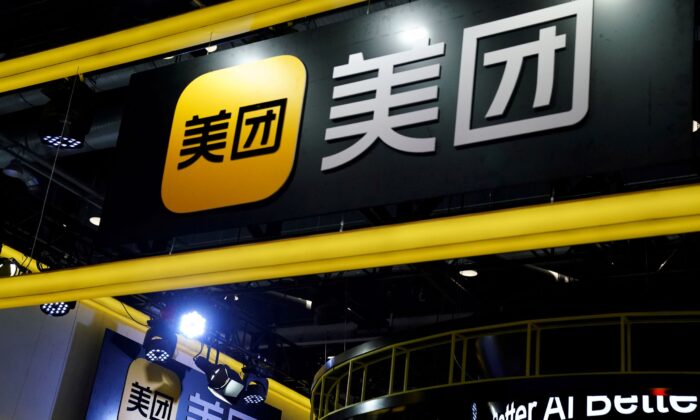 Signs of Meituan are seen at its booth at the 2020 China International Fair for Trade in Services (CIFTIS) in Beijing, China, on Sept. 4, 2020. (Tingshu Wang/Reuters)
China Business & Economy

BEIJING—Chinese food delivery giant Meituan warned it could be required to pay “a significant amount” of antitrust fines and posted a third consecutive quarterly loss on Monday as it continued to invest in expanding its various businesses.

China’s State Administration of Market Regulation (SAMR) launched an antitrust probe into the company in April, focussing on forcing restaurants and other merchants to use its platform exclusively.

SAMR also said on Monday it would further regulate the sharing economy sector and that it has been investigating Meituan not reporting its acquisition of bike-sharing startup Mobike in 2018 for antitrust review.

Meituan said in its earnings report that it was actively cooperating with SAMR in the ongoing investigation and that it could be required to “make changes to its business practices and/or be subject to a significant amount of fines”.

The Tencent-backed company reported a 2.21 billion yuan ($341.8 million) loss in the April-June period versus a profit of 2.72 billion yuan a year earlier.

It has been expanding aggressively into hotel booking and community group-buying, taking on such rivals as Alibaba and Pinduoduo.

Meituan said its total revenue rose 77 percent in the quarter from a year earlier to 43.76 billion yuan.

That compared with a 42.32 billion yuan average estimate of 15 analysts compiled by Refinitiv.

In July, a set of guidelines announced by SAMR required food delivery platforms to guarantee their workers with insurance, causing investor concerns about the rising cost of employing riders.

The company will strictly follow the guidelines, Wang Xing said on a conference call, adding Meituan will introduce “compulsory breaks” for delivery riders.