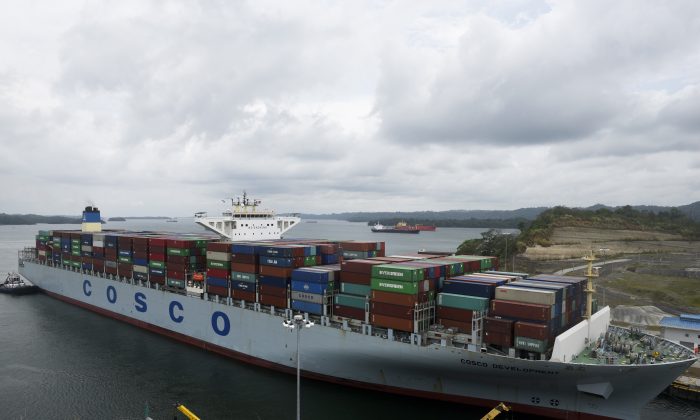 SINGAPORE—About one-third of the oil tankers owned by COSCO Shipping Tanker (Dalian) have shut off their ship-tracking transponders since the United States imposed sanctions on the company for allegedly shipping Iranian crude, shipping data showed.

The International Maritime Organization (IMO) requires AIS transceivers be fitted to commercial and passenger vessels for safety and transparency purposes. The devices can be turned off manually by a ship’s crew for legitimate reasons such as avoiding detection in piracy or high-risk zones.

However, the transponders are often shut off to conceal a ship’s location when illicit activities occur.

“It is becoming a cat-and-mouse game, with the U.S. ratcheting up the sanctions while the Iranians (and their Chinese or other buyers) find novel ways to circumvent these” including frequent ownership changes, complex corporate structures and shutting off the AIS transponders, said Bruno Vickers, the senior director for Asia at political risk group GPW in Singapore.

“Turning off transponders is a tried and tested tactic that the Iranians have used before, creating a fleet of ghost ships that cannot be tracked. It’s not ideal for ship safety and undoubtedly there will be increased U.S. surveillance of suspect cargos,” he said.

A COSCO Shipping Energy official that handles media inquiries declined to comment when contacted by telephone.

An additional six COSCO Dalian ships are idled, the ship tracking data showed. Three of the ships, including a VLCC, are floating off China, with two ships off Brazil and one near Qatar.

The ship-tracking data shows the destinations for the remaining COSCO Dalian ships as mostly ports in China and Asia. Charterers are avoiding the vessels for fear of invoking the sanctions.

The 26 COSCO Dalian VLCCs represent 3.3 percent of the global VLCC fleet of 792 ships recorded by the global shipping association the Baltic and International Maritime Council.

A Treasury Department official said on Tuesday the department does not comment on investigations, including to confirm whether one exists.

The official deferred further questions on the COSCO ships turning off their AIS transponders to the State Department which did not immediately return a request for comment.

Freight rates for VLCCs to load Middle East crude for China have more than doubled to 131 Worldscale points (W), or $3.33 a barrel, from W64 on Sept. 25, according to Refinitv data.

By Shu Zhang and Roslan Khasawneh