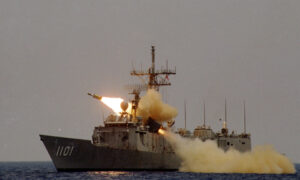 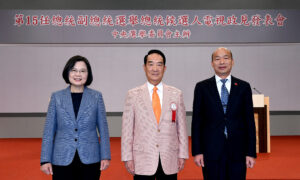 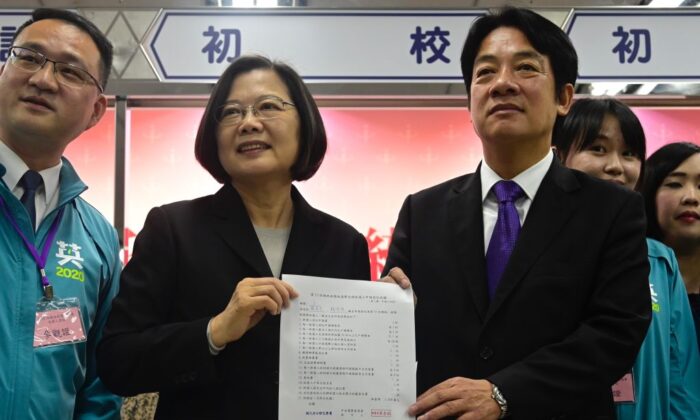 TAIPEI, Taiwan—Beijing’s efforts to influence Taiwan’s presidential election are under close scrutiny, as voting day is less than two weeks away.

On Jan. 11, Taiwanese citizens will elect a new president and vice president, as well as 113 representatives to the island nation’s parliament (known as the Legislative Yuan).

Since Taiwan transitioned into a multi-party democracy in 1996 and held its first presidential election, Beijing has consistently sought to influence election outcomes in favor of pro-Beijing candidates. That year, Beijing conducted a series of missile tests months before an election, with the aim of intimidating Taiwanese voters and dissuading them from voting for a pro-independence candidate.

The issue of independence is a sensitive one for the regime in Beijing, which views Taiwan as a renegade province that must be united with the mainland, through military force if necessary. However, Taiwan is a de facto nation, with its own elected officials, military, and currency.

U.S. officials and experts are concerned about Beijing’s election interference. In November, the United States’ de facto ambassador to Taiwan Brent Christensen announced that Washington would work with the Taiwan government to combat “malign actors [that] are using disinformation campaigns to make people lose faith in democratic institutions.”

Social media giant Facebook also is taking notice. The platform, hugely popular in Taiwan, was to open a “war room” in Taiwan on Jan. 1 to combat disinformation ahead of the elections. The Taiwan office will coordinate efforts along with Facebook’s Asia-Pacific base in Singapore and its U.S. headquarters and European office in Ireland.

Beijing has resorted to the same methods in influencing the 2020 elections as the 2018 general elections, when Taiwan voted for county, town, and village officials, said Hu Yuan-hui, a professor at the Department of Communication at Taiwan’s National Chung Cheng University.

According to China’s state-run media, these measures include allowing Taiwanese citizens to seek protection and assistance at Chinese consulates around the world, and permitting Taiwanese companies to participate in China’s research and development of the 5G next-generation wireless technology.

Hu said that was an example of Beijing trying to influence Taiwan’s elections through incentives to both Taiwanese people and companies in China. By announcing these measures, Beijing is seeking to sway voters toward casting ballots for the opposition party Kuomintang (KMT), which advocates for closer ties with Beijing.

President Tsai Ing-wen, who is running for reelection, is a member of the Democratic Progressive Party (DPP), which traditionally advocates for Taiwan to formally declare independence from the mainland. While she’s said she wishes to maintain the status quo, Beijing has consistently criticized her and her party for promoting independence.

Tsai’s opponents are KMT candidate Han Kuo-yu and James Soong of the pro-Beijing People First Party. The Chinese regime’s state media have previously praised Han because of his efforts at “advancing cross-strait relations.”

As for coercion, Hu pointed to the Chinese regime releasing a military white paper on July 24, 2019, which threatened to unite the island with military force, including by arranging jets to circle the island. The paper, titled “China’s National Defense in a New Era,” also accused “pro-independence forces” in Taiwan of being a “great threat” to cross-strait stability.

On Dec. 26, 2019, China’s aircraft carrier Shandong sailed through the Taiwan Strait. In response, Taiwan Foreign Minister Joseph Wu tweeted that while the transit was seen as an effort to interfere with the elections,  local voters wouldn’t be intimidated.

“These fake news are trying to suppress Taiwan’s democratic voices … while creating a false impression that the elections are unfair,” Hu said in an email interview.

Taiwan’s Central Election Commission issued a press release on On Dec. 23, 2019, denouncing a fake message that began circulating online, including on Facebook. The message claimed that the commission had replaced all election staffers this year, which could allow the voting results to be manipulated.

In another release on Dec. 29, 2019, the Commission clarified that a picture that had circulated on Facebook and on the messaging and news app Line was fake. The picture wrongfully claimed that the commission had “secretly” added a ballot item about a nuclear power plant.

On Dec. 12, CNA, quoting the Ministry of Justice, reported that local officials were investigating 74 instances of disinformation, five of which were related to election interference.

For instance, Zhang Xida, a reporter with China’s state-run China National Radio who has a YouTube channel called “Xida Talks About Taiwan,” is based in Taiwan. He is originally from Xiamen, a city in China’s Fujian Province where the Hokkien dialect is spoken.

While Mandarin is the official language of Taiwan and mainland China, because many Taiwanese are descendants of mainland Chinese who immigrated from Fujian during the Qing Dynasty, the Hokkien dialect is spoken by about 70 percent of Taiwan’s population.

Many Taiwanese falsely believe that his videos were produced by Taiwanese locals because Zhang also occasionally spoken the Hokkien dialect in his videos, according to the report.

Zhang made a Facebook video that spread false news earlier this year, accusing Tsai of selling out the country by giving the Japanese government more than $20 billion annually. The report prompted an investigation by Taiwan’s Ministry of Justice.

The report quoted an unidentified media expert, who said Beijing views Fujian as a “bridgehead” to influence Taiwan, as indicated in remarks made by Chinese leader Xi Jinping last March.

That month, Xi met with representatives from Fujian’s provincial government. According to China’s state-run media, Xi stated the importance of turning Fujian into “the first home” for Taiwanese people and companies.

Taiwan also has the unique phenomenon of illegal gambling rings devoted to betting on election outcomes. This time, people are wagering on whether Tsai or Han will win the vote.

Taiwan’s Criminal Investigation Bureau announced on Dec. 17, 2019, that it had seized illegal gambling funds of 36.8 million New Taiwan Dollars (about $1.2 million) during nationwide raids, including 24 cases of illegal election betting operations. Thirty people were arrested in connection with election betting.

Local English-language daily Taipei Times reported on Dec. 23 that an illegal gambling ring for election betting, located in the northern city of Taoyuan, was taken down by local police. The ring had an alleged money flow of 250 million New Taiwan Dollars (about $8.3 million).

Taipei Times reported a few days later that police in several cities raided and shut down an international gambling syndicate. According to a local prosecutor, the syndicate and an affiliated underground bank have transferred 13.9 billion in New Taiwan Dollars (about $461 million), most of which comes from China. In particular, the prosecutor’s office is probing an election gambling pool that allegedly provides financial and political support from China for Han.

At a local forum about the Chinese regime’s influence campaigns, Michael Mazza, a visiting fellow from the U.S.-based think tank American Enterprise Institute (AEI),  warned of Beijing’s past use of such underground gambling rings, which offer better odds on its preferred candidates, to affect Taiwan’s voting patterns.

Having placed bets on such candidates, people are likely to influence their friends and relatives into backing the same candidates in order to win the bets.

On Dec. 31, Taiwan’s parliament (known as the Legislative Yuen) passed an anti-infiltration law, meant to counter Beijing’s influence operations in local politics. It will take effect once Tsai signs it into law this month.

According to CNA, the law bans people from taking orders and funds from “outside enemy forces” to support local activities, such as political donations, lobbying, and other attempts to interfere with elections. People found guilty under the law will be subject to a maximum prison sentence of five years and a maximum fine of 10 million New Taiwan Dollars (about $333,400).

Hours before the parliamentary vote on the measure, Lee Yeau-tarn, a professor at the Graduate Institute of Development Studies at Taiwan’s National Chengchi University, explained in an email to The Epoch Times why Taiwan needs the law.

Lee said that without the law, Chinese infiltration would make Taiwan’s elections unfair, leading to a decline of the island’s freedom and democracy.

He called on the U.S. government to lead countries against Beijing’s totalitarianism and prevent it from meddling in other countries’ democracies.