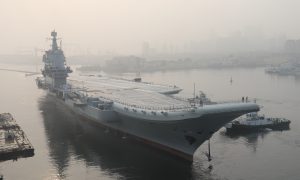 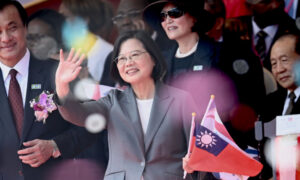 Report: US Should Pay Attention to China’s Election Interference in Taiwan
0 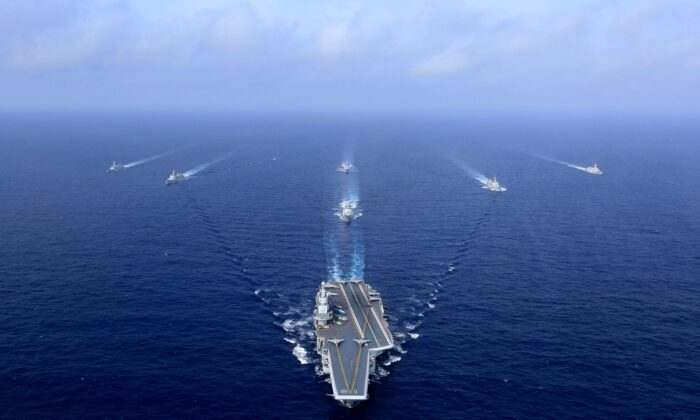 TAIPEI/BEIJING—China sailed its new aircraft carrier through the Taiwan Strait, Taiwan’s defense ministry said on Dec. 26, just weeks away from a presidential election on the island and amid heightened tension with Beijing.

The ministry didn’t say exactly when the voyage occurred.

Democratic Taiwan is claimed by China as a wayward province and is the Communist Party’s most sensitive and important territorial issue. The regime has threatened to attack if Taiwan moves toward formal independence.

Taiwan holds a presidential vote on Jan. 11, 2020, with President Tsai Ing-wen hoping to win reelection. She has repeatedly mentioned the threat of China as a warning to voters.

Tsai’s ruling Democratic Progressive Party is pro-independence. She has said she wants to maintain the status quo with the regime but will defend Taiwan’s security and democracy.

The Chinese carrier Shandong sailed north through the strait, the Taiwan ministry said in a short statement, adding that the carrier was accompanied by frigates.

“It’s the responsibility and duty for the two sides across the strait to maintain peace and stability and strive for the well-being of the people,” Taiwan’s presidential office said in a statement.

“Beijing should cherish peace and stability across the strait and in the region, which are not easy to come by.”

A senior Taiwan official familiar with security planning said the Chinese navy patrol was the latest bid by Beijing to meddle in Taiwan’s election.

“By flexing military muscles, China is trying to intimidate non-aligned voters,” the official, who declined to be identified, told Reuters.

“Beijing understands that this could be a double-edged sword, but what worries China more is the possibility of a fiasco for pro-China forces in the election.”

The Chinese regime would prefer to see the candidate of the main opposition Kuomintang party, which backs stronger ties, win the election.

The Chinese ministry’s spokesman, Wu Qian, speaking Dec. 26 at a monthly news briefing, said everything was going “smoothly” with the new carrier, although he didn’t comment on its deployments.

“It will continue to conduct trials and training, and form a combat capability through training. We will make an overall consideration about its deployment according to the situation and task needs,” Wu said.

He didn’t mention its sailing through the Taiwan Strait.

The carrier, China’s second-largest, entered service at a base in the South China Sea last week in a big step in the country’s ambitious military modernization.

Last month, the ship, which was still unnamed at the time, sailed through the Taiwan Strait on its way to what China called routine exercises in the South China Sea, with Taiwan scrambling ships and aircraft to monitor the group.

Chinese leader Xi Jinping said in January that China reserves the right to use force to bring Taiwan under its control, but will strive to achieve peaceful “reunification.”