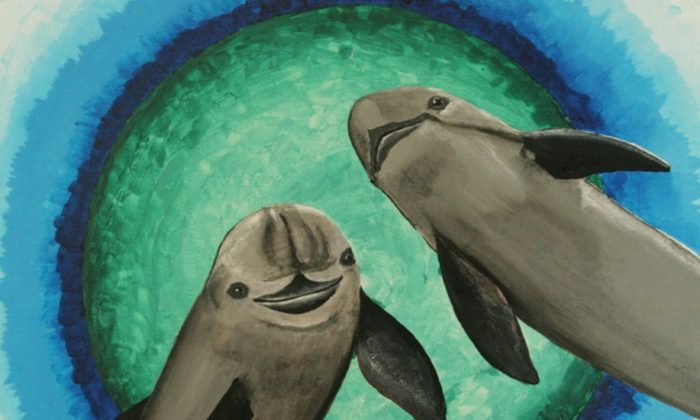 China Wiped Out Dolphin Species, Now a Porpoise Is Under Threat

Ever heard of a baiji? It used to be a freshwater dolphin living uniquely in China’s famous Yangtze River. Local fishermen and boatmen considered it a divine creature and a protector.

Yet, after decades of unrestrained industrialization, including the gigantic Three Gorges Dam project, the baiji was seen less and less. In 2006, an international expedition failed to find even one. The baiji was declared functionally extinct, meaning that even if there are some, there won’t be enough to revive the species.

This was the first instance of a large animal going extinct since the 1950s. It was also the first dolphin species known to be obliterated by human activity.

And it may not be the last.

On the other side of the planet, in Mexico’s Gulf of California, lives the vaquita—the world’s smallest porpoise.

With its stocky body, short maw, and pronounced circles around the eyes, the porpoise looks like a character straight out of a Pixar movie.

Vaquitas are shy creatures, keeping away from boats and people in general. They don’t jump out of the water like dolphins—they just peek out to take a breath and disappear again. The porpoises grow up to 4 to 5 feet in length and weigh less than 100 pounds.

The uppermost part of the Gulf of California remains the only place on the planet where vaquitas live.

At the end of last year, only about 60 were left, according to a report by the International Committee for the Recovery of the Vaquita.

The porpoises are not directly targeted by fishermen; they are collateral damage in the hunt for totoaba—a fish whose swimming bladder is considered a delicacy in China, as well as a medicine for infertility and blood circulation. Two hundred totoaba bladders can fetch over $3 million, according to federal prosecutors, NBC San Diego reported.

Dubbed “aquatic cocaine,” totoaba bladders are smuggled from Mexico to the United States, then to Hong Kong, and finally China.

A single bladder may fetch $18,000–$25,000 in Hong Kong and possibly more in mainland China, according to last year’s investigation by Greenpeace Asia.

The bladders used to sell for over $120,000 apiece before the influx of stock from Mexico in recent years pushed the price down, at least two Hong Kong retailers told investigators.

The investigation uncovered that the bladders were prized as collectibles in China. Businessmen would give them to officials as presents in exchange for “guang xi,” that is, personal connections.

Death of the Vaquita

The totoaba itself is endangered. The fish can grow over 6 feet long and weigh over 200 pounds—and the gill nets used to catch it also ensnare and kill vaquitas.

The Mexican government imposed a 2-year ban on gill net fishing in the Upper Gulf of California last year, and although it greatly reduced the net fishing, it still goes on illegally, the report states.

Between January and May, 42 illegal gill nets were recovered and in them were dead totoaba, sharks, birds, and at least two vaquitas. Some of the nets had been in place for a long time, while others were just freshly set up.

The greatest threat to the vaquita is the Chinese demand for totoaba swim bladders, the vaquita recovery committee was told by Oona Layolle of the Sea Shepherd Conservation Society, a marine wildlife conservation organization that participated in finding the illegal gill nets.

Chinese pay so much for totoaba that the poachers can absorb the costs of fines, confiscated equipment, and bribes.

“The vaquita will go extinct unless we can educate people about the totoaba trade and penalize those who participate,” said Dr. Frances Gulland, senior scientist at The Marine Mammal Center, in an email. “We all have a role to play in saving the vaquita. China has a responsibility to track down bladder buyers.”

Layolle recommended the United States and Mexico impose a targeted trade embargo on China to curb the illegal trade.

The committee recommended banning fishing boats from the area at night, banning the mere possession or sale of gill nets in the area, and increasing penalties for killing endangered species.

The committee also recommended adopting specialized fishing technologies, such as nets designed to not kill vaquitas. The report mentions at least one such product already developed for shrimping.

Experts are also considering moving vaquitas elsewhere for breeding. But so far, they’re not even sure if that’s feasible.

Here is a 2013 documentary about the vaquita: