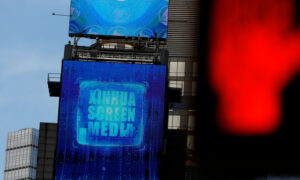 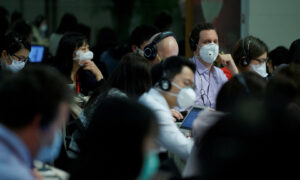 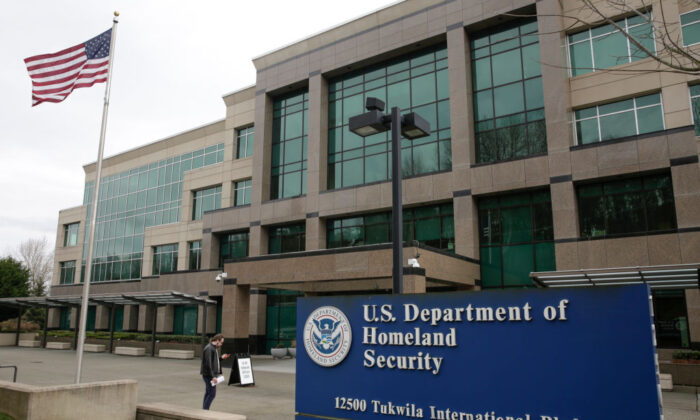 The US Department of Homeland Security in this file photo. (Jason Redmond/AFP via Getty Images)
China

China Warns of Countermeasures to New US Rule for Chinese Reporters

BEIJING—China warned on May 11 that it will take countermeasures in response to a U.S. decision to tighten visa terms for Chinese journalists.

The United States last week issued a new rule limiting visas for Chinese reporters to a 90-day period, with the option for extension, that takes effect on Monday. Such visas are typically open-ended and do not need to be extended, unless the employee moves to a different company or medium.

Chinese foreign ministry spokesman Zhao Lijian told reporters during a daily briefing in Beijing that China deplored and rejected the U.S. decision, which Zhao called an escalation of suppression against Chinese media.

“We are resolutely opposed and strongly dissatisfied with this,” Zhao said.

“We require the U.S. to immediately correct its mistake, or China will have no choice but to take countermeasures.”

The United States and China have been engaged in a series of retaliatory actions involving journalists in recent months.

In March, China expelled American journalists from three U.S. newspapers, a month after the United States said it would begin to treat five Chinese state-run media entities with U.S. operations as foreign embassies.

In issuing the new regulation on Friday, the Department of Homeland Security cited what it called China’s “suppression of independent journalism.”