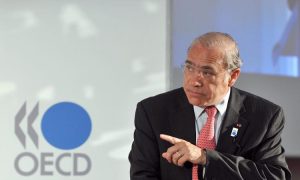 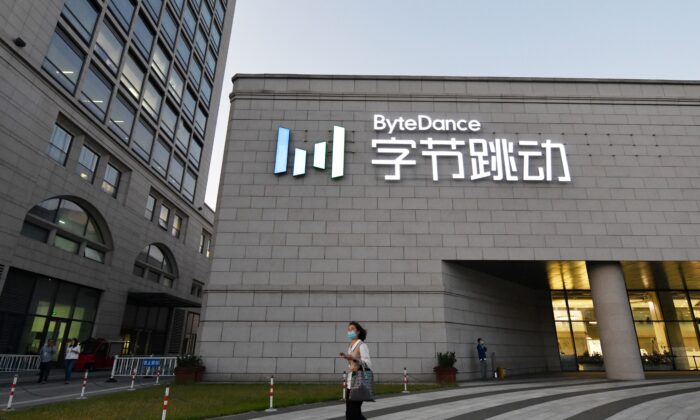 A woman walks past the headquarters of ByteDance, the parent company of video sharing app TikTok, in Beijing, China, on Sept. 16, 2020. (Greg Baker/AFP via Getty Images)
China Business & Economy

On April 21, Zhou Xiaochuan, the former governor of the People’s Bank of China, spoke at the Boao Forum for Asia, with an emphasis on digital taxes.

He confirmed that digital taxes will be discussed at the Group of 20 (G-20) Summit this July when every member state is expected to express its views.

Zhou indicated that China’s discussion of its views should “avoid falling into fights with each other over the digital tax, especially about whose wallet the money raised from the digital tax belongs to” as “the fights could easily emerge as a new tariff war.”

Conflict surrounding how and what digital taxes should be regulated has arisen between the United States, a major exporter of digital services, and European countries that use digital services.

Zhou said, “Large cross-border digital service companies such as Facebook, Twitter, Amazon, and Google have many European users, but no taxes (have been paid) to the EU member states.”

In July 2019, France was the first EU state to enact a digital services tax. Immediately following that, other EU countries such as Britain, Spain, and Italy followed with their own digital taxes.

The United States responded with a trade-related investigation of the digital services tax unilaterally imposed by as many as 14 countries.

A report released by the China Academy of Information and Communications Technology revealed that China’s digital economy was valued at $5.5 trillion in 2019, which was second only to the United States worldwide, state-run media China Daily reported.

According to a United Nations report (pdf) titled “Digital Economy Report 2019,” the United States and China “account for 75 percent of all patents related to blockchain technologies, 50 percent of global spending on IoT [Internet of things], and more than 75 percent of the world market for public cloud computing.”

Together, “they account for 90 percent of the market capitalization value of the world’s 70 largest digital platforms” while “Europe’s share is 4 percent.”

The U.N. report also revealed the seven “super platforms” that “account for two thirds of the total market value” are Microsoft, Apple, Amazon, Google, and Facebook from the United States, and Tencent and Alibaba from China.

Due to the severe non-tariff barriers to trade (pdf) such as firewalls and censorship, Google, Amazon, Twitter, and Facebook were blocked out of the Chinese market, but at the same time, China’s digital economy developed rapidly and gained a large overseas market. The proportion of the digital trade surplus in China’s overall trade surplus has also continued to increase.

Zhou admitted in his speech that “China certainly has this problem [cross-border taxation issue],” but he emphasized that “it is not prominent.” “We do have many online platforms that provide [overseas] services, but the proportion is very small after all.”

On April 16 last year, the regime announced the first group of 12 national digital service export bases. In October last year, Xi Jinping said in a statement that China needed to advance its competitiveness by accelerating China’s digital economy and proactively participating in making the international regulatory framework for digital currency and digital tax.

Zhou seemed to deliberately downplay the impact of digital tax on exports of China’s digital services and goods. He said that the digital tax issue is “a minor issue” in China because the current taxation system already covers the digital sector.

Commentator Alexander Liao told The Epoch Times that to the regime, maintaining the status quo is to its advantage. He believed that the regime would simply wait and see in the short term while the international community disputes over digital taxes.