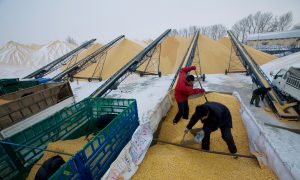 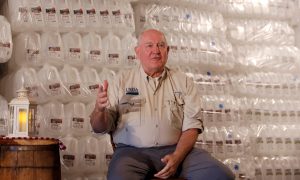 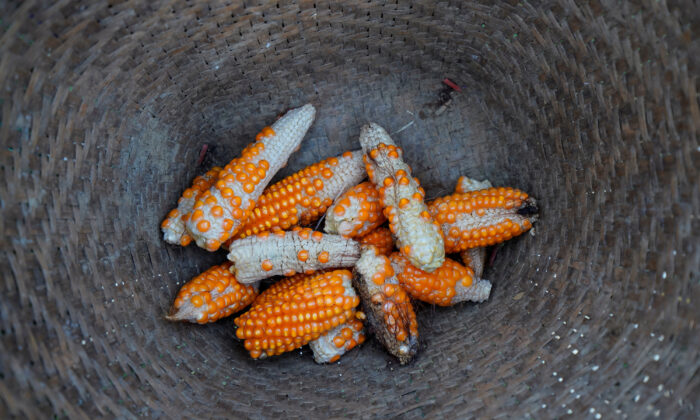 BEIJING—China has suspended its plan to implement a nationwide gasoline blend containing 10 percent ethanol this year, three sources briefed on the matter said, following a sharp decline in the country’s corn stocks and limited production capacity of the biofuel.

Beijing announced in September 2017 that the national gasoline supply would contain 10 percent ethanol from 2020, part of a broad reform of its corn industry that at the time was suffering from a massive surplus.

But at a meeting in late December with ethanol producers and oil majors, China’s National Development and Reform Commission (NDRC) said it will now halt the rollout of ethanol-gasoline supplies beyond the current handful of provinces that have already implemented full or partial blends, according to two of the three sources briefed on the meeting.

Beijing’s mandate—known as the E10 target—was conceived as a way to digest the country’s huge state corn reserves and reduce pollution in the world’s largest car market by using the cleaner-burning fuel.

The reversal is a heavy blow to domestic producers that have built new plants, as well as biofuel exporters, including the United States and Brazil, which were looking to benefit from growing Chinese demand.

The United States exported about 20 percent of its fuel ethanol to China in 2016, trade worth about $300 million that year. American shipments have since plunged to a trickle. Beijing hiked import duties on ethanol in 2017 to 30 percent and then added trade war tariffs on U.S. cargoes twice during 2018, amounting to another 40 percent.

China was expected to sharply increase imports of U.S. ethanol under Phase 1 of the recently announced trade deal, but is now unlikely to require large ethanol supplies without the mandate.

“The decision was made after further study, which suggests any promotion of ethanol gasoline must be based on the precondition that food security is guaranteed,” said one of the sources familiar with Beijing’s plan, in reference to declining grain reserves in China.

Executives from China National Petroleum Corporation Limited (CNPC), and Sinopec also attended the NDRC meeting in December, according to one of the sources. The sources declined to be named as they were not authorized to talk to the media.

Six other contacts including producers, traders and analysts also said the government rollout of the mandate has significantly slowed or stalled, with few new plants built or markets opened in the past few months.

“There is a big shortage of production capacity and few places have made breakthroughs (with the mandate rollout),” said Michael Mao, analyst with Sublime China Information.

“I think the promotion has slowed. Maybe we need to wait until after 2020,” Mao said.

Reaching the 2020 target would have required about 15 million ton of the biofuel annually, more than four times current output, or some 45 million ton of corn, which is about 16 percent of the country’s current consumption.

The country does not disclose state grain reserve levels but state stockpiles of corn have fallen to around 56 million ton from more than 200 million tonnes in temporary reserves in 2017, a government expert said in September last year.