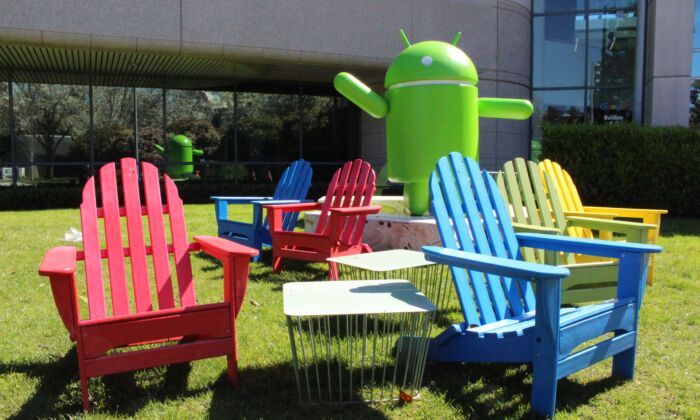 In China’s bid to acquire advanced technology from the United States, officials from the north-central city of Baoding tried to meet with Silicon Valley executives and discuss deals for companies to set up offices there, according to internal government documents that The Epoch Times obtained recently.

Citing the Chinese regime’s key strategy of “bringing technologies in, exporting our products out,” the Baoding government detailed a successful example: it attracted AXT Inc., a U.S.-based designer and manufacturer of semiconductor substrates, to set up a factory in Dingxing county, Baoding.

The semiconductor substrates are components for making electronic chips, which power nearly every electronic device.

The Chinese regime has sought to accelerate the development of its domestic chipmaking industry, setting a goal of domestically producing 70 percent of its semiconductor needs by 2025, an objective under Beijing’s industrial policy of “Made in China 2025.”

AXT Inc. was co-founded by Taiwanese-American Morris Young in Fremont, Calif. in 1986. All of its manufacturing is done in China, including a factory in Dingxing, which is named Baoding Tongmei Crystal Manufacturing (AXT Dingxing).

According to Chinese business registration records, ATX Dingxing was set up on July 28, 2017 with $29.51 million in registered capital.

The internal documents that The Epoch Times obtained includes the cooperation contract signed between the Dingxing county government and AXT in May 2018.

In the contract, the Dingxing government promised to strongly support AXT Dingxing’s development through “national policies” and provincial regulations. AXT promised that it would invest more on research and development, and send more specialists to work in Dingxing.

The contract also planned for AXT Dingxing to set up a postdoctoral research station, which would focus on new technology innovations.

AXT did not respond to a request for comment.

The internal documents also included letters, reports, and plans for Chinese official Li Baosen’s visit to Silicon Valley in the United States and Toronto, Canada from Dec. 9 to 16, 2018, with the purpose of discussing cooperation deals. Li is director of the Baoding High-tech Zone management committee. He targeted several high-tech companies on the trip.

In an invitation letter dated Sept. 17, 2018, David C. Lee, CEO of Globaleur, invited Li to visit the United States. Globaleur was founded in Santa Clara, Calif. in Nov. 2017 and is an AI-driven travel software provider.

Lee made arrangements for Li to visit Stanford University, IBM, the Plug and Play startup accelerator, venture capital firm Danhua Capital, Google, and Apple, according to the letter.

In the travel trip summary that Li later reported to the Baoding city government, he said he visited and discussed possible cooperation with Globaleur, Dilili Labs Inc., R2.ai, Luxena Pharmaceuticals Inc., Maykke, and Lifeliqe, and visited the campus of Hewlett-Packard, Nvidia, Google, and Apple.

Aside from the pharmaceutical company, all are tech startups. Li wrote that he wanted to invite these companies to set up offices in Baoding.

Li and his team also reported the reasons why Li visited the above-mentioned companies, in a separate report to the city government.

For example, Li and his team wrote that they wanted to promote U.S. collaborations with Chinese firms: “Dilili Labs Inc. has the core technology of robot vision and navigation. The robot vision analysis software that Dilili has developed can accurately analyze dynamic images and videos in real time, which can count, track, and analyze people.”

Another purpose of Li’s North America trip is launching “innovation centers” in Silicon Valley and Toronto to promote collaboration with the Baoding government.

State-run Xinhua reported on the establishment of the Baoding High-tech Zone Silicon Valley Innovation Center in a May 2018 article, that would “create a green pathway to join up science and tech resources” between Silicon Valley and Baoding’s tech development zone.

The Xinhua report used the same words as Li’s report to describe the innovation center’s primary tasks, including obtaining visas and other services for American companies that would set up branches in Baoding.

It also stated that the center would organize American businesses to visit Baoding regularly.

The United States under the Trump administration highlighted the threat of forced technology transfer, whereby U.S. companies are forced or pressured to hand over key know-how in exchange for entry to the Chinese market.

It was one of the main trade abuses that the United States sought to address via punitive tariffs on Chinese imports and the 2020 phase one trade deal.

U.S.-based China affairs commentator Tang Jingyuan said that tech collaborations such as those the Baoding government seeks are one of the methods by which the Chinese regime seeks to acquire American tech innovations.

“The Chinese regime uses a saying, ‘collecting pollen from overseas, then making honey in China.’ This is an example of that,” Tang added.