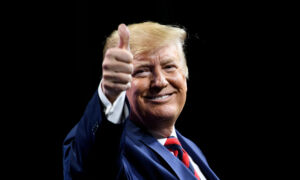 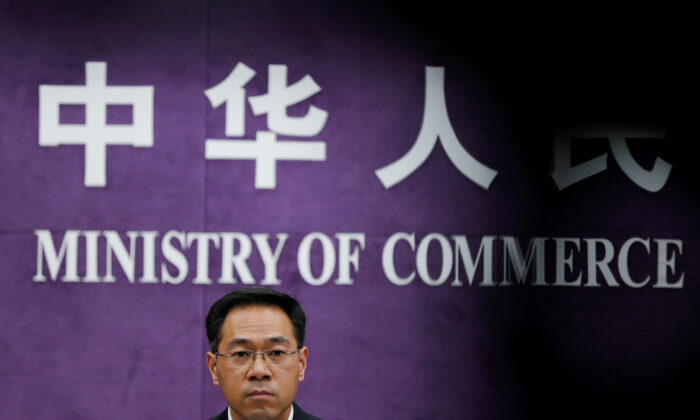 China, US Agree to Roll Back Tariffs as Part of Trade Deal: Officials

BEIJING—China and the United States have agreed to roll back tariffs on each other’s goods as part of the first phase of a trade deal, officials from both sides said on Nov. 7, offering a new sign of progress despite ongoing divisions about the months-long dispute.

The Chinese commerce ministry, without laying out a timetable, said the two countries had agreed to cancel the tariffs in phases.

A U.S. official, speaking on condition of anonymity, confirmed the planned rollback as part of a “phase one” trade agreement that President Donald Trump and Chinese leader Xi Jinping aim to sign before the end of the year.

Trump has used tariffs on billions of dollars of Chinese goods as his primary weapon in the trade war between the world’s two largest economies.

The interim trade pact is widely expected to include a U.S. pledge to scrap tariffs scheduled for Dec. 15 on about $156 billion worth of Chinese imports, including cellphones, laptop computers, and toys.

Tariff cancellation was an important condition for any agreement, Chinese Commerce Ministry spokesman Gao Feng said, adding that both must simultaneously cancel some tariffs on each other’s goods to reach the “phase one” pact.

“The trade war started with tariffs, and should end with the cancellation of tariffs,” Gao told a regular news briefing.

The proportion of tariffs cancelled for both sides to reach a “phase one” deal must be the same, but the number to be cancelled can be negotiated, he added, without elaborating.

“In the past two weeks, the lead negotiators from both sides have had serious and constructive discussions on resolving various core concerns appropriately,” Gao said.

“Both sides have agreed to cancel additional tariffs in different phases, as both sides make progress in their negotiations.”

A spokesman for the U.S. Treasury department declined to comment and the U.S. Trade Representative’s office didn’t immediately respond to a request for comment.

Republican lawmakers are urging the Trump administration to tie any tariff rollbacks to Beijing’s compliance with specific elements of the agreement. “The tariffs should be phased out piece by piece as China complies,” one congressional source said.

In what could be another gesture to boost optimism, China’s state news agency Xinhua reported late Nov. 7 that the Chinese customs and Ministry of Agriculture are considering removing restrictions on U.S. poultry imports.

China has banned all U.S. poultry and eggs since January 2015 due to an avian influenza outbreak.

A source previously told Reuters that Chinese negotiators wanted the United States to drop 15 percent tariffs on about $125 billion worth of Chinese goods that took effect on Sept. 1.

They also sought relief from earlier 25 percent tariffs on about $250 billion of imports, ranging from machinery and semiconductors to furniture.

A person familiar with China’s negotiating position said it was pressing Washington to “remove all tariffs as soon as possible.”

A deal may be signed this month by Trump and Xi at a yet-to-be determined location.

Dozens of venues have been suggested for a meeting, which had originally been set to take place on the sidelines of a now-canceled mid-November summit of Asia-Pacific leaders in Chile, a senior Trump administration official told Reuters on Nov. 6.

One possible location was London, where the leaders could meet after a NATO summit that Trump is due to attend Dec. 3–4, the official said.

Gao declined to say when and where such a meeting could be.

Since Trump took office in 2017, his administration has pressed China to curb massive subsidies to state-owned firms and end the forced transfer of U.S. technology to Chinese firms as a price of doing business in China.

By Yawen Chen and Martin Pollard