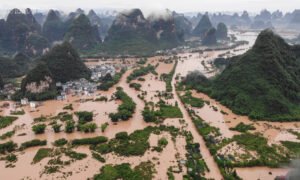 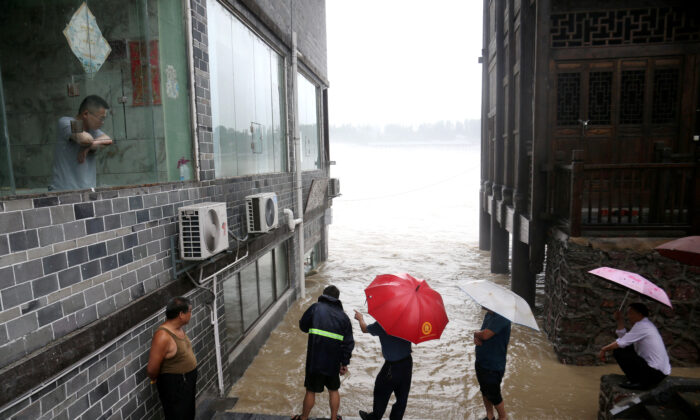 SHANGHAI—China raised its national emergency response level on Tuesday as days of torrential rain triggered flood warnings across the country, killing more than 100 people and disrupting the first day of national college exams.

State television reported the Chinese government’s office for flood control raised the response level to III from IV on its four-tier scale, and said 13,117 emergency response and rescue staff had been deployed to deal with the floods.

As of last Friday, authorities confirmed at least 119 people were dead or missing nationwide as a result of the rainstorms, while the emergency ministry estimated economic losses to be in excess of 40 billion yuan ($5.7 billion).

Guizhou, Anhui, Hunan, and Hubei provinces were expected to record 250–280 millimeters (10–11 inches) of rain on Tuesday, according to the China Meteorological Administration. In the central city of Wuhan, where the coronavirus epidemic first erupted in December, a record-breaking 426 millimeters (16.8 inches) of rain fell on Sunday, the official China Daily reported, and authorities were using giant pumps to remove water from flooded roads.

State-run media Xinhua reported that a key reservoir for flood control in southeastern Zhejiang Province opened its spillways for the first time in nine years to lower water levels.

Exams in some parts of Anhui Province were postponed as a result of the worst flooding for 50 years, the local government reported.

The city of Qianjiang in the central province of Hubei became the first city to issue a Level I flood response alert on Monday after roads and farmland were inundated.

State media also reported that 21 people died and another 15 were injured after a bus crashed into a reservoir in southwest Guizhou Province. It was not clear how many people were in the bus at the time of the crash or what caused the accident.