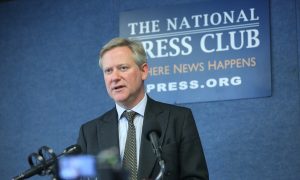 The West Needs to Come to Terms With the Disaster of China’s Entry Into the WTO: Expert
0
Share Now
TelegramFacebookTweetEmailTellMeWeReddit
Copy Link 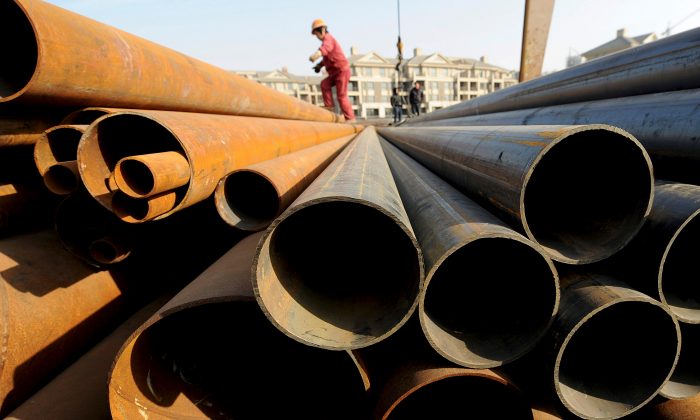 China Pulls WTO Suit Over Claim to be a Market Economy

GENEVA—China has halted a dispute at the World Trade Organization over its claim to be a market economy, a panel of three WTO adjudicators said on June 17, meaning Beijing must accept continued EU and U.S. “anti-dumping” levies on cheap Chinese goods.

One trade official close to the case said so much of the ruling had gone against Beijing that it had opted to pull the plug before the result became official.

“They lost so much that they didn’t even want the world to see the panel’s reasoning,” the official said.

Without a WTO ruling in Beijing’s favor, the EU and United States can keep imposing duties on cheap imports from China while disregarding its claim that they are fairly priced.

China had insisted that they treat it as a “market economy,” countering their view that the price of Chinese exports could not be taken at face value due to state interference in the economy.

It took legal action saying that under its 2001 WTO membership terms it must be recognized as a “market economy” after 15 years.

The United States and the EU said Chinese goods—especially commodities such as steel and aluminum—were still heavily underpriced because of subsidies and state-backed oversupply, giving Chinese exporters an unfair advantage.

President Donald Trump has expressed his doubts about the WTO’s ability to ensure fair trade practices, with Trump threatening to quit the WTO if the organization did not “shape up.”

Chinese, EU and U.S. officials did not immediately comment on the suspension.

Beijing launched disputes against Brussels and Washington at the WTO in December 2016. It only pursued the case against the EU, but asked to suspend legal proceedings on May 7, the panel said.

After an EU request to take certain considerations into account, China reiterated its request to suspend legal proceedings. The panel accepted and halted the case on Friday.

The official said China was on course to lose the bulk of the case, with only some minor points going in its favor.

“They were going to win something, but it was overshadowed by the huge defeat that they had on the main claim.”