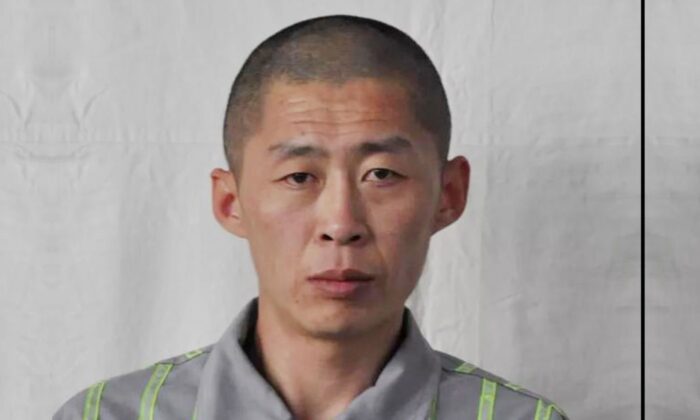 Chinese police are pursuing a former North Korean special forces soldier who escaped from a northeastern China prison, offering up to $23,460 for his capture, on Oct. 18.

The 39-year-old escapee, identified as Zhu Xianjian, entered China illegally in 2013, and was arrested and imprisoned after robbing several villagers and stabbing a woman while trying to take her handbag.

Chinese media reported that in 22 months, Zhu would be discharged from prison and sent back to North Korea. However, the ​​Pyongyang authorities treat defectors badly, and most of them end up being killed. The media surmised that Zhu is worried about being executed and decided to break out of jail before serving the whole sentence.

Chinese state-run CCTV published an announcement from Jilin provincial police that they are offering $23,460 reward for Zhu’s capture, and $15,640 for valid information leading to his capture.

According to Chinese media reports, Zhu is 5 ft. 3 in. tall, and had served in the North Korean special forces where he learned to use weapons. He was a coal miner in North Korea’s North Hamgyong Province when he crossed the Chinese border in 2013.

In the prison surveillance footage, the short and slim fugitive quickly comes into view and climbs an iron gate on a shed next to the prison wall, around 6:00 p.m. on Oct. 18. He then runs across the roof, uses a rope to damage the electric fence, setting off a series of sparks. During the video, you can see that Zhu’s right foot is bare.

The prison guards arrive at the shed but don’t climb on it. As they stand watching, Zhu damages the electric fence and then jumps off the 19.68-foot wall.

The second surveillance video shows Zhu fall down after jumping off the wall, and lay motionless  on the ground for a short time. Then he stands up and runs away.

Villagers who live nearby told Chinese media on Oct. 19 that police searched their villages and a nearby hill on the evening of Oct. 18 the next day, but didn’t find the prisoner.

Zhu crossed the border illegally on July 21, 2013. The next day, he broke into a house int Jizhong village in Tumen, Jilin Province, and stabbed a housewife as he took her handbag. The handbag contained $232 in cash, five bank deposit books, two photo IDs, and some candies, according to a court ruling.

The housewife, surnamed Quan, was sent to hospital for urgent treatment, and diagnosed with bilateral pneumothorax and hemorrhagic shock. According to Chinese law, she was severely injured.

Zhu didn’t stop there. On July 22, he broke into two other houses, and stole food, drinks, clothing, shoes, cash, a cellphone, and bags. He was later arrested.

On March 25, 2014, Zhu was sentenced to 11 years and three months in prison, after which he would be returned to North Korea.

Zhu performed well in prison and his sentenced was reduced twice. If he hadn’t escaped the prison, he would have been sent back to North Korea on Aug. 21, 2023.