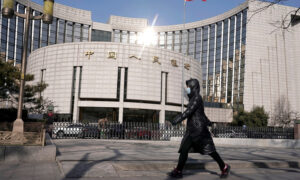 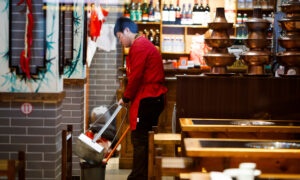 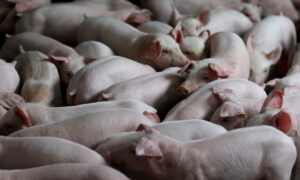 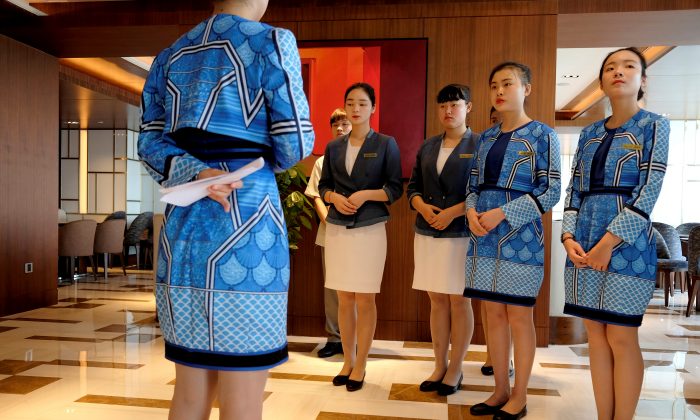 BEIJING—China’s services sector grew at its quickest pace in five months in November thanks to an uptick in new orders, a private survey released on Dec. 5 showed, although the outlook for businesses over the next year worsened for the third month.

The Caixin/Markit services purchasing managers’ index (PMI) rose to 53.8 in November from 50.8 in October, well above the 50.0 mark separating growth from contraction.

The bounce off the 13-month low in October suggests pockets of strength in domestic demand in a sector that accounts for more than half of China’s gross domestic product and urban jobs.

A sustained improvement in the vast services industry would help steady an economy that has wobbled amid trade frictions with the United States, a manufacturing slowdown at home and a cooler real estate market.

The subindex for new business in China’s services sector rose to 52.5 in November, also a five-month high, from 50.1 in October, although the rate of growth was modest and within recent ranges.

Firms also increased their staffing in November, but at a more gradual pace than a month earlier. The subindex for employment was at 50.7 versus 51.1 in October.

While employment in the sector has expanded for 27 months, with the exception of a slight dip in September this year, the growth has been shallower than the historical average.

Operating expenses continued to rise in November, with a number of firms citing higher raw material prices and fuel costs, according to the Caixin survey. The subindex for input prices stood at 53.3, unchanged from October.

Despite the upward pressure on input costs, companies raised their prices only marginally, with some firms saying they had to stay competitive.

The intense competition and uncertain outlook on client demand hit business sentiment, with the confidence gauge towards the next 12 months slipping to a four-month low of 56.1.

Caixin’s composite manufacturing and services PMI, also released on Wednesday, rose to 51.9 in November from 50.5 in October, although the growth rate was relatively marginal compared with previous months.

China’s central bank has already cut the level of cash that banks must hold as reserves four times so far this year, to spur lending. Taxes have also been reduced to help ease the burden of companies.