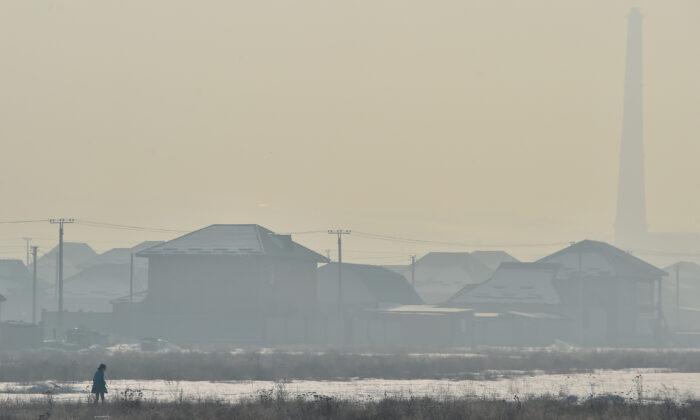 A girl walks amid smog on the outskirts of the Kyrgyz capital of Bishkek on Jan. 29, 2020. (Vyacheslav Oseledko/AFP via Getty Images)
Asia & Pacific

BISHKEK—A Chinese company has pulled out of a $280 million project to build a logistics center in Kyrgyzstan after protests by hundreds of locals in a fresh display of anti-Beijing sentiment in Central Asia.

The deal signed during Chinese leader Xi Jinping’s visit to the former Soviet republic last year envisaged construction of warehouses, transport terminals, hotels and other facilities in a free-trade zone near Kyrgyzstan’s border with China.

However, hundreds of locals saw it as a land grab by Kyrgyzstan’s giant neighbor and held a series of protests demanding that the project be canceled.

The joint venture set up by China’s One Lead One (HK) Trading Limited and a Kyrgyzstan partner issued a statement late on Feb. 17, saying that it was impossible to work on a large, long-term project when a part of local population opposes it.

“They have assessed the risks and made a decision,” a spokesman for Kyrgyz Prime Minister Mukhammedkalyi Abilgaziyev said.

Last year hundreds of locals clashed with workers of a Chinese mining company in Kyrgyzstan’s Naryn province–the same region that had been earmarked for the abandoned logistics project—after accusing the miner of poisoning local water supply.

Similar clashes have happened in other parts of Kyrgyzstan.