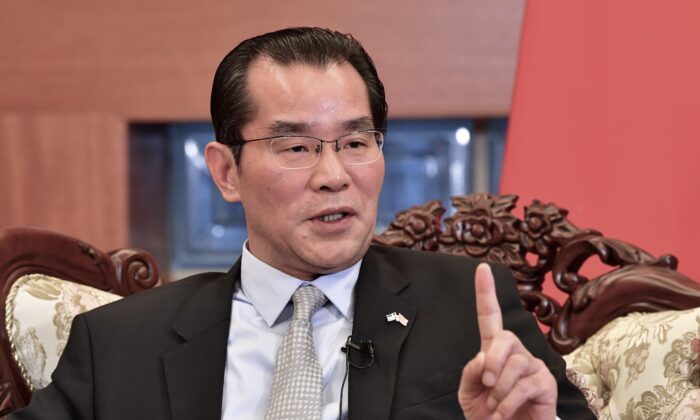 Despite the Chinese regime’s sweeping efforts to impose its own authoritarian model onto the free world, its biggest enemy is itself, according to a French government-affiliated think tank.

The findings came from a nearly 650-page French-language report, “Chinese Influence Operations,” from the Institute for Strategic Studies of Military Schools (IRSEM), an independent agency affiliated with the French Ministry of Armed Forces.

Beijing is isolating itself on the world stage after taking an aggressive turn on the diplomatic front in recent years, according to the report, which was released earlier this week. That behavior has sparked rising blowback, even from countries traditionally on friendly terms with the regime.

“China is its own biggest enemy when it comes to influence,” the report reads.

The authors found that China’s relations with the West have markedly deteriorated since around 2017.

One notable example is Sweden, which had been the first Western country to establish diplomatic relations with the regime after the Chinese Communist Party took control of China.

While Beijing had enjoyed relatively a favorable public opinion in Sweden, the turning point began with the 2017 appointment of a new Chinese ambassador to the country, Gui Congyou, according to the report.

Gui’s provocative rhetoric—threatening Swedish officials not to attend an award ceremony for a detained Chinese dissident, criticizing local media that reported critically on China, and pressuring a Stockholm hotel to cancel a Taiwanese National Day celebration—has been “disastrous,” the report said. Sweden’s foreign ministry has summoned Gui around 40 times since his arrival in 2017. The country’s parliamentarians have twice requested his expulsion from the country. China’s public rating has also plummeted, with 80 percent of Swedes now holding a negative view of China, compared to less than half of the country’s population four years ago.

Gui is set to leave his post and has recently made a farewell visit to the Swedish deputy minister for foreign affairs, a Sept. 25 post on the Embassy of China in Sweden website shows.

In Australia, where China accounts for nearly a third of its export earnings, the mood has also been shifting against the communist regime.

Beijing’s retaliatory trade sanctions on Canberra for calling for an independent virus origins probe in 2020 have only been met with increased resistance against Chinese influence, including in academia. Australia passed a law in December 2020 to place extra hurdles for Chinese-linked firms attempting to acquire Australian assets.

Canada has decried Beijing’s arbitrary detention of its citizens following the arrest of Huawei executive Meng Wanzhou, a move critics have described as hostage diplomacy. The regime’s stifling of Hong Kong freedoms has angered the UK, and its severe human rights abuses in Xinjiang have caused Beijing’s image to sink even lower among Western democracies.

According to the report, in February, six Central and Eastern European states in the long-delayed “17+1” summit with China chose to send a lower-level representative, rather than their usual head of state, indicating a “loss of appetite” in engagement with Beijing, likely having to do with the regime’s tarnished image. The beleaguered bloc further shrank in May, after Lithuania pulled out from the grouping.

The authors said they hoped that the report could send a warning shot to Beijing’s leaders about the consequences of their actions.

The “counterproductive behavior” Beijing has adopted in recent years “poses an unpopularity problem for China in such proportions that it could ultimately indirectly weaken the Party, including vis-à-vis its own population,” the report reads.