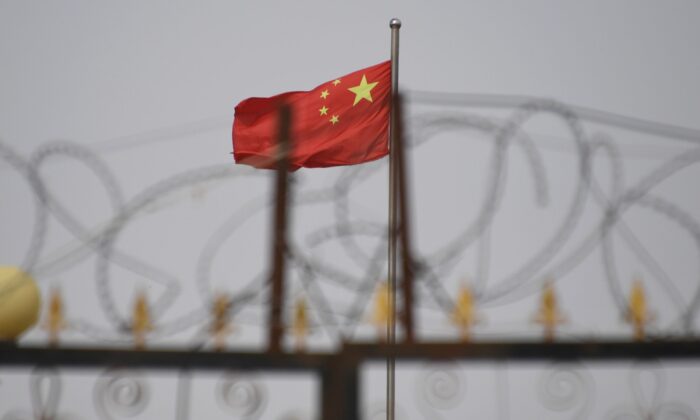 Negative views of China among the world’s most advanced economies hover at near-record highs amid concerns about Beijing’s human rights record, according to a recent survey conducted by the U.S.-based Pew Research Center.

A Pew report detailing the results of the survey of 17 advanced economies in Europe, North America, and the Asia-Pacific region released on June 30 shows that 15 majorities—eight in 10 respondents—hold unfavorable views of China and believe the Chinese regime “does not respect the personal freedoms of its people.”

“This sense is also at or near historic highs in nearly every place surveyed, having risen significantly in countries like Italy, South Korea, Greece, Australia, Canada, and the United Kingdom since 2018,” the report’s authors wrote.

Pew polled 18,850 adults in 17 advanced economies from Feb. 1 to May 26 and published its findings on June 30, a day before the Chinese Communist Party (CCP) marked its 100th anniversary.

The results indicate record highs in Canada, Germany, South Korea, and the United States. Roughly 76 percent of Americans said they have a negative outlook on China, according to the survey, an increase of three percentage points from last year.

Higher dissatisfaction with the world’s most populous country was seen in places such as Japan (88 percent), Sweden (80 percent), Australia (78 percent), and South Korea (77 percent). The only places that expressed favorable views toward China were Singapore and Greece, the report shows.

The survey results come as Beijing faces increasing scrutiny over its human rights practices, including its suppression of religious and ethnic minorities and the implementation of its draconian national security law on Hong Kong in July 2020, which has criminalized vaguely defined crimes such as subversion and secession with a maximum penalty of life imprisonment.

In China’s northwestern region of Xinjiang, regime authorities have been accused of committing genocide against Uyghurs and other ethnic minorities, including the detention of at least 1 million people in secretive “political reeducation” camps.

Uyghurs—the majority of whom are Sunni Muslim—alongside other ethnic minorities such as Tibetans, as well as religious believers who remain outside state control, including house Christians and Falun Gong adherents, have long been targeted by the CCP for transformation through “reeducation.”

Pew also found that with the exception of Singapore and New Zealand, more than half of those surveyed in each place said it was more important to have strong economic ties with the United States than with China.

In the Asia-Pacific, majorities in all but Singapore said they had little or no confidence in leader Xi Jinping’s handling of world affairs, with the most—86 percent—expressing that view in Japan. In Singapore, 70 percent expressed confidence in Xi.

“Despite the widespread sense that China does not respect the personal freedoms of its people, publics are somewhat divided over what the appropriate response should be,” the report’s authors wrote.