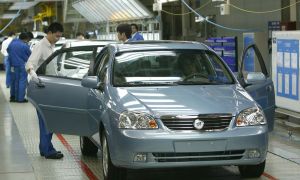 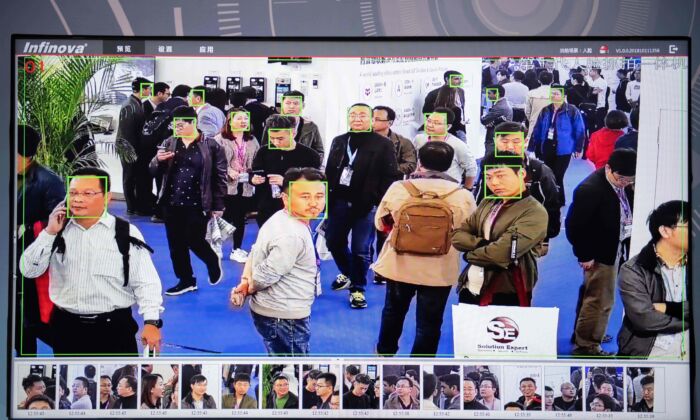 The Chinese regime has introduced mandatory facial scans for people seeking to open a new phone account, in another measure as Beijing tightens control of cyberspace.

From Dec. 1, telecom operators are required to collect face scans of those applying for a new cellphone or landline number. The rule was announced by the Chinese Ministry of Industry and Information Technology (MIIT) in September.

The new requirement is an update of a previous MIIT rule that from January 2015 mandated that all applicants present a valid ID and personal information to register for a cellphone or a landline number.

The measure has been criticized for its Orwellian intentions, while concerns have also been raised about the security of biometric data collected.

A customer service representative of China Unicom, a state-run telecoms company, told AFP on Dec. 1 that the new rule may require a customer “to record themselves turning their head and blinking.”

A Beijing resident surnamed Chen, who visited a local China Mobile store on Sunday, told the Chinese-language edition of the Epoch Times on Dec. 2 that the process isn’t as simple as taking a portrait photo.

“The Chinese ID has a chip inside … They [China Mobile staff] put my ID on the ID reader, and directed me on how to pose accordingly,” Chen said. “It’s not easy. I tried three or four times and finally passed the test [facial scan].”

“At first, I had to blink my eyes in an exaggerated way one time [in front of the camera]. Then I opened my mouth once. In the end, I had to turn my head to the left, and then to the right slowly one time,” Chen said.

“They [staff] said the request is mandatory. The poses may not have to follow the same sequence each time but we [customers] need to follow the instructions.”

After Chen completed the facial scan and filled out a form with his personal data, the China Mobile staff gave him a new cellphone number and a SIM card.

According to the new rule, users are not allowed to transfer or resell their cellphone SIM cards to another person. Telecom carriers must also verify that their customers do not own cellphone or landline numbers registered under other names.

Chinese residents and experts have expressed concerns over the new measure, saying it formed part of the regime’s plans to control its citizens by surveilling them on a mass scale.

“The facial recognition system is very scary. After 5G [new telecom generation] network was installed in most regions of the country, they [the government] can find you any time,” a man surnamed Wang from eastern China’s Nanjing City told Radio Free Asia on Dec. 2.

Wang said two of his new colleagues applied for new cellphones and were required to undergo the facial scan.

Jeffrey Ding, a researcher on Chinese artificial intelligence at Oxford University, told the BBC on Dec. 1 that while the stated aim for this measure was to boost cybersecurity and reduce fraud, it also allowed the regime to better monitor its population.

“It’s connected to a very centralized push to try to keep tabs on everyone, or that’s at least the ambition,” Ding said.

Chinese financial magazine Caixin reported on Nov. 30 that facial recognition cameras have been installed in many places and businesses across the country, and used “for making payments, to record attendance in the workplace, and to take the subway.”

The report gave an example of a residential building in Changning District of Shanghai City. Local residents saw a worker installing an ad in the elevators in September. The worker said: “It’s an ad, but there’s a facial recognition camera installed in it,” according to the outlet.

According to Chinese state-run media, Nanjing City’s China Pharmaceutical University in August installed facial recognition cameras in each classroom to monitor students in real time. The cameras, the reports said, can even detect when a student is falling asleep or distracted and not listening to the teacher.

According to 2019 China Facial Recognition Market Study, a report from Zhongshang Industrial Research Institute—one of China’s largest industrial consulting companies—said that the regime purchased more than 10 billion yuan ($1.42 billion) of facial recognition equipment in 2018. The study projected that in 2019 the market would be valued at around 12 billion yuan ($1.7 billion).

The Chinese regime has used facial recognition systems to monitor the population for several years. The system has helped authorities track criminals and dissidents, and also facilitates the implementation of Beijing’s social credit system.

The social credit system assigns each citizen a score of social “trustworthiness.” A person with a low social credit score may not be allowed to board a train or airplane, or their child may not be admitted to a reputable school.

For example, a facial recognition system installed on a busy street records jaywalkers, who are then fined a certain amount, while getting points docked from their social credit score.

Concerns have also been raised about the security of biometric data collected by facial recognition cameras.

Chinese state-run media Beijing Youth Daily reported on Sept. 11 that its reporter, posing as an online shopper, managed to purchase from an online store personal data of around 2,000 people.

The report said the data included personal information and 50 to 100 headshots of each person.

The reporter then contacted one of the people whose personal data was leaked, a doctor surnamed Li from Guangxi Province.

“Li was shocked when he found out his photos and facial data was sold online. He said he had never authorized anybody to collect his personal data, nor allowed anybody to sell them,” the report said.

One Chinese citizen recently took legal action against a zoo over its collection of biometric data. Guo Bing, an assistant professor from Zhejiang Sci-Tech University sued Hangzhou Safari Park on Oct. 28 after the park required all visitors undergo face-scanning to enter the grounds.