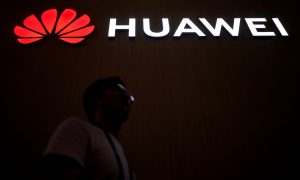 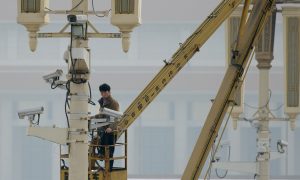 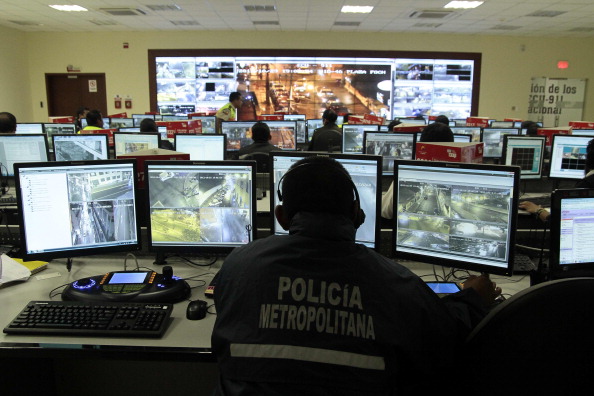 While on a visit to Beijing in mid-December, Ecuadorian President Lenin Moreno secured a $900 million loan from China to boost his country’s cash-strapped economy.

Ecuador’s economic problems were caused in part by a borrowing spree during the administration of President Rafael Correa, who was in office from 2007 to 2017. According to data from Ecuador’s Economy Ministry, the country’s debt to China currently totals $6.5 billion—making it Ecuador’s largest creditor.

China had financed a number of infrastructure projects—mostly through loans—including the construction of a hospital, a bridge, a hydropower project, and ECU 911, the country’s national emergency-response system. The latter cost about $240 million.

While China’s state-run media have touted the success of ECU 911, publishing articles claiming that ECU 911 has helped bring down the crime rate in Ecuador, the scale of the system and the equipment—some of it provided by Chinese telecoms giant Huawei—has sparked security concerns.

According to the official website of ECU 911, the emergency-response system has an extensive surveillance network with about 4,500 video surveillance cameras installed, as well as 16 regional response centers across the country.

Many of these cameras were purchased from Huawei. According to a document dated February 2017 from Ecuador’s National Public Procurement Service, ECU 911 bought 225 Huawei dome cameras with the model number IPC6625-Z30 in 2016 for $3,516.80 per camera. The service also purchased Huawei routers, wireless access points (a device that creates a wireless local area network), network switches, and wireless access controllers.

Additional expense reports from Ecuador’s Ministry of Finance showed that ECU 911 spent at least $700,000 in 2014 on Huawei equipment, including servers, video-surveillance systems, and data-storage systems. In 2015 and 2016, the government spent a total of more than $900,000 to purchase Huawei’s LTE rapid response system—a portable surveillance and communications system that can be deployed from a vehicle.

Ecuador didn’t pay for all the cameras and systems that are currently operational. In 2017, the Chinese Embassy in Ecuador, under an agreement signed in 2015, donated a total of $15.4 million of goods to ECU 911, including about 450 cameras, 1,640 video surveillance and storage systems, and 14 servers, according to the service’s official website. The agreement also called for China to provide technical training to Ecuadorian technicians manning the emergency-response system. It isn’t known which Chinese companies manufactured the donated items.

In January, the South China Morning Post reported that ECU 991 cameras outfitted with facial-recognition technology have been deployed in the city of Cuenca, and at two of the country’s airports at Quito and Guayaquil.

While Huawei prides itself on cameras equipped with facial-recognition technology, human-rights experts have raised concerns about the invasive nature of such innovations.

Sarah Cook, senior research analyst for East Asia at Freedom House, in testimony presented at a U.S. congressional hearing in September, wrote that Xinjiang, the northwestern region where many Uyghur Muslim inhabitants are now heavily suppressed by Chinese authorities, “has been a laboratory for testing big data, facial-recognition software, and smartphone-scanner technologies that can be eventually be deployed across China and beyond.”

China has developed a surveillance state in recent years, with a large network of security cameras across the country to monitor citizens and snuff out dissidents. As a result, there are concerns that China could export its surveillance expertise to other governments for repressive uses.

Shashank Joshi, a senior fellow at the Royal United Services Institute, a UK-based think tank, expressed concern about the “political norms” that are associated with such surveillance exports. In an Aug. 2018 editorial, titled “Ecuador’s All-Seeing Eye Is Made in China,” published in Foreign Policy magazine, Joshi said the use of Chinese surveillance systems could encourage authoritarian principles and omnipresent surveillance.

In November 2016, Usuarios Digitales, an Ecuador-based organization that promotes digital rights, cautioned that ECU 911’s facial-recognition abilities could be used for repressive purposes, such as identifying people who participate in social demonstrations.

David Denoon, a professor of politics and economics at New York University and the director of the school’s Center on U.S.-China Relations, pointed out another exploitative aspect of working with Chinese companies.

“Telecommunications and surveillance systems are considered attractive projects [for China] because they permit monitoring of local content and usually lead to long-term contracts for replacement parts,” Denoon told Foreign Policy.

Many governments around the world, including the United States, the UK, Japan, and Australia, have raised concerns about security loopholes in equipment and phones made by Chinese tech companies, especially those by Huawei and ZTE, the former’s chief competitor.

In May, the U.S. Pentagon issued an order to remove all phones from these two companies sold at stores on U.S. military bases, out of concern that the devices could be used to spy on U.S. forces.

Huawei’s inroads into Ecuador goes behind cameras and surveillance systems. In fact, Huawei is a major contractor to Ecuador’s state-owned telecom company CNT.

But Western nations have largely shut out Huawei from their telecoms infrastructure, out of concern that the company’s equipment could be exploited for espionage by Beijing. In 2011, Australia banned Huawei from bidding for contracts to provide equipment for the country’s fiber-optic networks. This month, British telecom company BT Group announced that it would remove Huawei equipment from the core of its existing 3G and 4G networks.

Huawei’s own website, in an article published in November 2017, announced that it was selected to upgrade the Wi-Fi networks inside Quito’s public-transit system.

Huawei has billed the surveillance capabilities that it’s established in Ecuador as part of the company’s “Safe Cities” program. Huawei has also set up the model in Nairobi, the capital of Kenya, where the firm has installed in excess of 1,800 surveillance cameras. According to New York-based think tank Council on Foreign Relations, these cameras can be used to fight crime, as well as “to monitor activists and protests.”

In Huawei’s description of the “Safe Cities” program in Ecuador, the company claims it helped set up traffic-control surveillance, high-resolution cameras, secured data storage, and other features, all of which are encompassed in ECU 911. However, the company hasn’t explicitly said that it helped to build the emergency response system.

Another of Huawei’s “Safe Cities” is Karamay, a city in northern Xinjiang, where Uyghurs continue to be heavily monitored by predictive-policing software found in surveillance cameras.

Prior to rolling out its model of “Safe Cities,” Huawei was involved with the “Golden Shield” project, a key component in the Chinese regime’s internet-censorship apparatus.