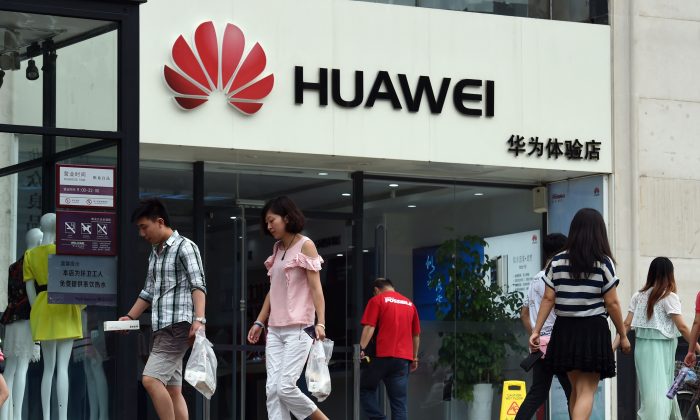 LONDON—Britain’s BT Group said on Dec. 5 it was removing Huawei Technologies’ equipment from the core of its existing 3G and 4G mobile operations and would not use the Chinese company in central parts of the next network.

New Zealand and Australia have stopped telecom operators using Huawei’s equipment in new 5G networks because they are concerned about possible Chinese government involvement in their communications infrastructure.

Huawei, the world’s biggest network equipment maker ahead of Ericsson and Nokia, has said Beijing has no influence over its operations.

BT said Huawei’s equipment had not been used in the core of its fixed-line network, and it was removing it from the core of the mobile networks it acquired when it bought operator EE.

It said the process was to bring the EE networks into line with the rest of its business rather than a change of policy.

“In 2016, following the acquisition of EE, we began a process to remove Huawei equipment from the core of our 3G and 4G networks, as part of network architecture principles in place since 2006,” a BT spokesman said.

He said the company would apply the same principles to its next-generation mobile networks.

“As a result, Huawei have not been included in vendor selection for our 5G core,” he said.

“Huawei remains an important equipment provider outside the core network, and a valued innovation partner,” he added.

The chief of Britain’s foreign intelligence services said this week that 5G reliance on Chinese technology was something Britain needed to discuss.

Huawei has been in Britain for more than 17 years, with its equipment checked and monitored by a special company laboratory overseen by government and intelligence operators.

Huawei said it had been working with BT for almost 15 years, and since the beginning of its partnership, BT had been operating on a principle of different vendors for different layers of its network.

“This is a normal and expected activity, which we understand and fully support,” it said in a statement.

It said it began working with EE in 2012, and had supplied the mobile operators with 3G and 4G network solutions, including core network equipment.

The United Kingdom government expressed concern about Huawei’s 5G rollout, even as the UK early on had embraced the use of company’s wireless, internet, and mobile services.

Two officials at the National Cyber Security Centre, a government advisory body, and the Department for Digital, Culture, Media and Sport, recently wrote letters to several UK telecom companies, warning them that their 5G supply chain could be affected by the results of a government review of the country’s telecom infrastructure that began in July, the Financial Times first reported on Nov. 5.

In July, a report released by the Huawei Cyber Security Evaluation Centre (HCSEC) Oversight Board revealed that the company would indeed pose security risks. The board is an advisory panel set up by the UK government to monitor HCSEC, which itself was created and funded by Huawei, in order to address British government concerns about possible security threats to national infrastructure.

The report cited “repeated discovery of critical shortfalls … in the Huawei engineering practices and processes that will cause long-term increased risk in the UK.” The oversight board concluded that it couldn’t assure that threats to UK national security “have been sufficiently mitigated.”

Since then, Huawei’s 5G ambitions have encountered roadblocks in other countries. Canadian officials and security experts have called for the government to stop the company from getting involved in the country’s 5G rollout. In South Korea, SK Telecom, the country’s largest mobile carrier, announced that it would not use Huawei’s equipment for its 5G Network. India’s government department in charge of telecoms also announced in September that it has excluded Huawei and ZTE, China’s other major telecom giant and Huawei’s chief competitor, from a list of partners for the country’s 5G development.