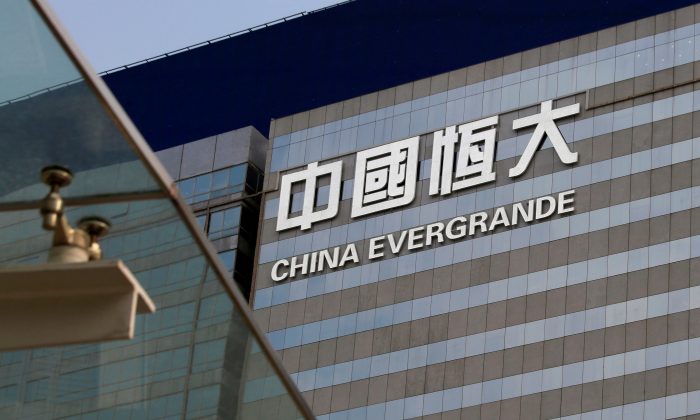 HONG KONG—Highly leveraged property firm China Evergrande Group is in talks with financial institutions to raise about $1.5 billion this month by offering its Hong Kong office tower as collateral, two sources with direct knowledge of the matter said.

The fund-raising plan by China’s No.2 developer by sale underscores the pressure the developer is under, as China’s property sector slows and Beijing’s capital controls have restricted its ability to pay offshore debt, which stood at $16.4 billion as of the end of June.

Evergrande bought the office tower in Wan Chai, a bustling business district by day and red-light district by night on Hong Kong island, for HK$12.5 billion ($1.6 billion) in 2015 from Chinese Estates Holdings.

Evergrande, which has yet to fully settle the transaction, plans to use the capital raised from refinancing the tower partly to pay back offshore debt and make dividend payments, one of the sources said.

Evergrande did not respond to requests for comment. The sources requested anonymity because the talks were private.

While the practice of raising money by offering property as collateral is not uncommon among highly leveraged Chinese developers, it is unusual to securitize a building that has yet to be fully paid off, a property market expert said.

Evergrande had agreed to pay off the tower in installments to Chinese Estates within six years of the sale.

“Evergrande is trying to…extract additional liquidity,” said one of the sources, who has direct knowledge of the fund-raising plan.

Evergrande cut its net gearing ratio to 127 percent at end-June from 184 percent at the end of 2017, while total borrowings dropped as much as 8 percent during the period.

The developer aims to further cut the ratio to about 70 percent by June 2020 by repaying high-interest debts and curbing land purchases.

But there are rising concerns for the property sector’s ability to deleverage, with developers expecting a slowdown after two years of government measures aimed at cooling the red-hot sector.

On Sept. 21, the provincial authorities of Guangdong issued a public notice asking for public feedback about a possible ban on commercial pre-housing sales.

Some companies have gone further. Xu Jiayin, founder of Evergrande Group, China’s second-largest property developer by sales, delivered a speech on Sept. 13 expressing his loyalty to the Chinese Communist Party (CCP), saying, “I and everything that belongs to Evergrande were given by the CCP.” His statements suggested desperate hope that the regime would protect Evergrande in the event of economic downturn.

Shares of Evergrande, which has a market value of $31 billion, were up 2.7 percent as of 0240 GMT on Oct. 22. They have plunged 26 percent so far this year, lagging a roughly 14 percent fall in the benchmark Hang Seng Index.

By Clare Jim. The Epoch Times contributed to to this report.