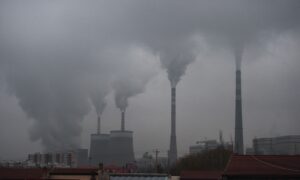 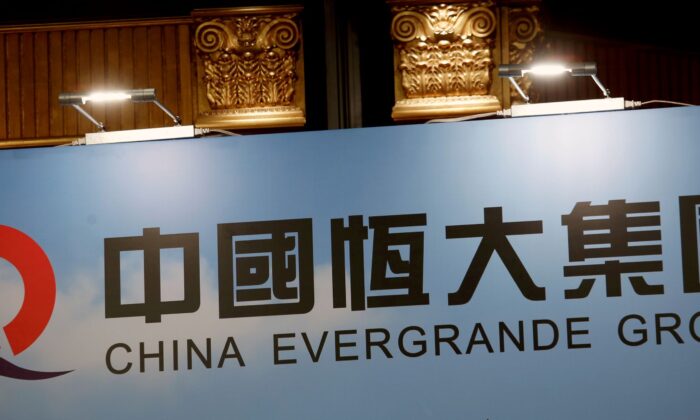 A logo of China Evergrande Group is displayed at a news conference on the property developer's annual results in Hong Kong, China on March 28, 2017. (Bobby Yip/Reuters)
China Business & Economy

Shanghai exchange data showed the bonds sliding more than 25 percent to a low of $6.22 after the resumption of trade on Monday afternoon, reflecting investor doubts that Evergrande will be able to repay investors in full on the bond’s maturity next year.

The company’s 5.9 percent May 2023 Shenzhen-traded bond, which was also suspended from trading, fell more than 35 percent after trading resumed on Monday afternoon.

The slump in bond prices on Monday, comes after China Securities Depository and Clearing Co. (CSDC) on Friday, effectively erased their value for use in collateral repo trading by reducing the “conversion ratio” of the July 2022 bond to zero, effective Sept. 7.

Other Evergrande bonds, including the May 2023 Shenzhen bond, had been included on a CSDC table of conversion ratios on Thursday for use on Sept. 6, but were not included in Friday’s table.

The conversion ratio determines leverage limits for repo financing given a specific bond pledged as collateral. CSDC is owned by the Shanghai and Shenzhen stock exchanges.

A director at a local brokerage said that the reduction in the conversion ratio was a “grey rhino,” that is, a highly obvious yet ignored threat. “It was bound to happen.”

Worries surrounding Evergrande, which has been scrambling to raise funds to pay lenders and suppliers, have spilled into broader concerns that a debt crisis could send shockwaves through China’s banking system.

On Friday, an index of high-yield Chinese dollar issuers fell to its lowest level since spring 2020.