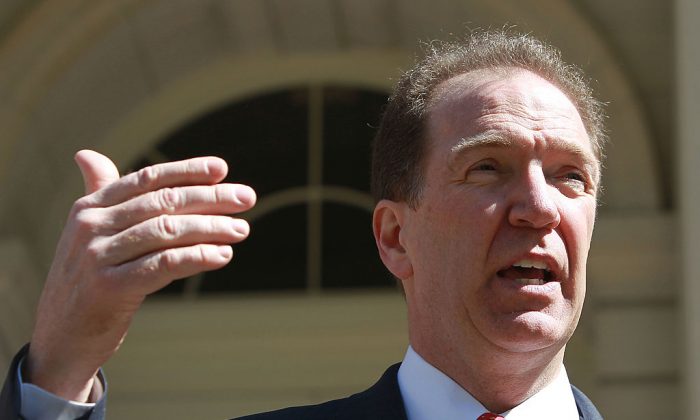 BEIJING—China will hold a fresh round of trade talks with the United States in Washington later this month, Beijing said on Aug. 16.

A Chinese delegation led by Vice Minister of Commerce Wang Shouwen will meet U.S. representatives led by Under Secretary of Treasury for International Affairs David Malpass, the Ministry of Commerce said in a statement on its website.

While the engagement was seen by analysts and business officials as positive, they cautioned that the talks were unlikely to lead to a breakthrough given they are among lower-level officials and led on the U.S. side by the Treasury Department, not the U.S. Trade Representative (USTR).

There also remains a wide gap between the two sides over Washington’s demands that Beijing improves market access and intellectual property protections for U.S. companies, and slash a $375 billion trade imbalance.

“The lower rank of the delegation suggests that both sides remain far apart, and an agreement reached for this visit is very unlikely,” Jonas Short, head of the Beijing office at investment bank Everbright Sun Hung Kai, wrote in a note.

The world’s two largest economies have been locked in escalating rounds of tit-for-tat tariffs since the start of the year and have threatened further duties on exports worth hundreds of billions of dollars.

The meeting would end what had been a lull in talks between the two sides, but it is unclear whether it will take place before or after Aug. 23, when Washington is due to activate additional tariffs on $16 billion of Chinese goods.

Beijing has said it will retaliate in kind.

The last official round of talks was in early June when U.S. Commerce Secretary Wilbur Ross met Chinese Vice Premier Liu He in Beijing.

There was no immediate response from the U.S. Treasury to the announcement from Beijing.

Four U.S. and Chinese sources in the business community said they had low expectations for the talks, particularly if officials from USTR were not involved. The invitation for talks may have been intended to steady markets, they said.