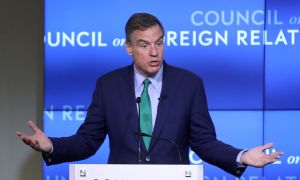 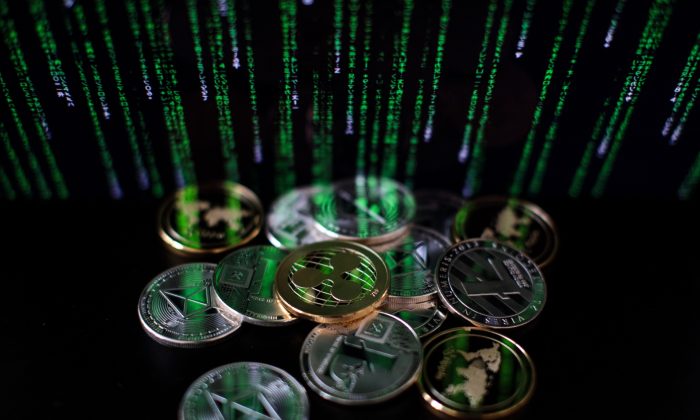 China Aims to Use Blockchain Technology for Surveillance, Military Disruption

The latest Insight global survey polled 1,386 senior executives at large revenue companies, including 200 in mainland China, regarding blockchain’s relevance to their organization, expectation for adoption and greater investment barriers. Although 53 percent rated blockchain as a top-five critical priority, 73 percent of Chinese executives rated blockchain in their top-five and 40 percent rated it as their top priority.

DeloitteAdvisory Ltd. Consulting partner and leader of its Asia-Pacific blockchain lab, Paul Sin stated, “China, more than anywhere else in the world, will use blockchain strategically instead of tactically.” He added, “More projects are driven by top management who use blockchain as a strategic weapon rather than a productivity tool.”

The Central Committee of the Communist Party of China targeted a series of cutting-edge technologies as strategic priorities to achieve its 13th Five-Year Plan for Economic and Social Development of the People’s Republic of China (2016-2020). The Ministry of Industry and Information Technology followed up with a white paper stating: “We will build a self-advanced and advanced technical system, formulate an implementation plan for a network-strength country project, and organize the implementation of a network-strength project.”

Despite banning commercial applications for cryptocurrencies and private chains that rely on distributed ledgers and open source code, China strategically held a world-leading 790 of the estimated 2,747 global blockchain patents at the end of 2018. The ability to transmit secure communications between units has always been a fundamental national security imperative. But blockchain’s decentralized ledgers, smart contracts, and related technologies offer interesting military scenarios for attacking cyberspace and using drone soldiers to dominate battlefields.

The Epoch Times reported that the U.S. military’s Defense Innovation Board warned Congress that China’s fifth-generation telecommunications design will directly interfere with its military weapons systems and secure government communications by incorporating “Low to Mid-Band” electromagnetic spectrum into its 5G wireless network deployment.

China put more satellites into orbit than any other nation in 2018, according to a technology review by MIT University. The People’s Liberation Army claims to be working closely with state-owned-enterprises, Spacety and Commsat, to assemble large constellations of small imagery and communication satellites commercial and scientific purposes.

But according to MIT: “Environmental monitoring satellites and military reconnaissance satellites are similar; communications satellites can transmit top-secret orders or provide Wi-Fi to airline passengers. Maneuverable satellites for refueling and repairing other satellites can also be used as weapons against an adversary’s orbital platforms.”

China’s Central Military Commission, which oversees the People’s Liberation Army, plans to use its heavy-duty Long March 5 rocket to lift the core for an all-China space station in early 2020, according to MIT. Once completed in 2022, it will join the rapidly aging US-Russian International Space Station as the only permanently-manned platforms orbiting Earth.

The Epoch Times also reported in late June that China’s Ministry of Industry and Information Technology is launching an initiative to establish its own domain name root server. The move is consistent with “national cyberspace infrastructure coordination” because it would expand the 13 independent logical Internet domain name servers to a 14th root name server directly managed by China authorities.

China’s Great Firewall security force has been effective at censoring and surveilling domestic internet traffic and can block or slow access to the cross-border internet traffic, search and social media through direct control of Border Gateway Protocol routers.