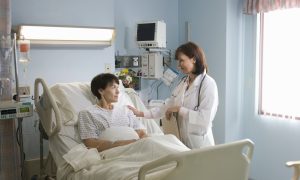 Chill Out: You Control Your Stress Response

We can, to some extent, control our genetic response to stress by moderating how we perceive stress, researchers say.

Humans evolved in a dangerous, threatening world where stress usually preceded bodily injury. As a result, the evolutionary theory goes, our stress response system jump-starts our immune system, triggering the deployment of white blood cells and increased expression of the inflammatory gene interleukin-6 (IL-6) into the blood stream.

As part of our immune system, IL-6 can help stave off infection and promote wound healing, but if left unregulated, this inflammatory agent can contribute to cardiovascular disease, cancer, and Alzheimer’s. Knowing where and how in the body various forms of IL-6 are produced is an important step in understanding how stress relates to disease.

In a recent study published in Brain, Behavior and Immunity, researchers at Brandeis University discovered that one’s perception of stress directly impacts how genes express stress.

Researchers have long known that IL-6 proteins increase in blood plasma after stress but this is the first time scientists have observed increased activation of the IL-6 gene in white blood cells as a stress response.

The size and duration of the increase is closely tied to perception and mood, according to the study. The more a person stresses out, the more IL-6 is expressed.

“If you learn to control your stress levels, your genes will follow,” said McInnis.

The American Federation of Aging Research funded the work.

This article was previously published on Futurity.org. Republished  under Creative Commons License 4.0.