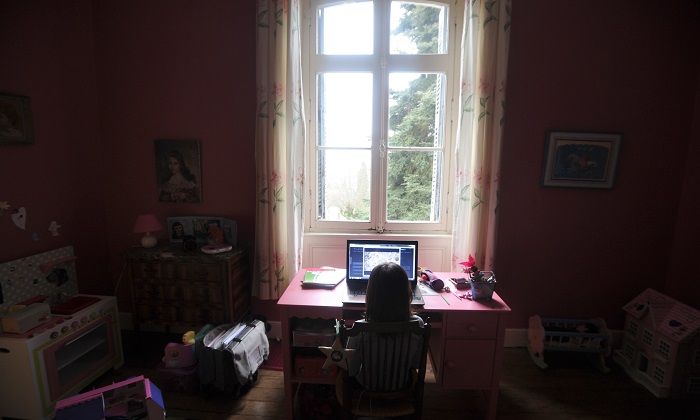 A child psychologist has recommended that children under the age of 12 should be banned from using social media. (Alain Jocard/AFP/Getty Images)
Health News

Children Under 12 Should Not Be on Social Media, Says Child Psychologist

A leading child psychologist in Australia says parents need to be strict on their children’s social media use in the wake of the tragic death of a teenage girl that has attracted widespread attention to the issue of online bullying.

Dr Michael Carr-Gregg told the ABC that children under the age of 12 should be banned from using social media.

“It is as simple as that — yet I go to primary schools right across Australia and the principals are pulling their hair out because the parents aren’t enforcing this,” Carr-Gregg said.

“You have got up to 60 percent to 70 percent of primary school kids on Facebook, Twitter, Instagram and Snapchat and they simply do not have the neurological maturity to manage their digital footprint,” he said.

“We have to get that message through to parents, we have to educate them, and at the moment we are not doing enough.”

If you're being bullied, or know someone who is, here are 6 tips we hope will help. ? #bullying #cyberbullying pic.twitter.com/D52gD4mGIs

Carr-Gregg’s told the national broadcaster that his heart goes out to the Everett family, whose daughter Amy – affectionately known as ‘Dolly’ – committed suicide after being bullied online.

The family held a memorial service in the Northern Territory town of Katherine on Friday. Dolly died on Jan. 3.

Media coverage of her death has been both national and international, and the tragedy has touched millions of hearts – well beyond those who knew her.

Eight years ago, Dolly featured in a Christmas campaign for iconic Australian hat maker, Akubra, who released a statement on the teenager’s death that supported the hashtags #stopbullyingnow #doitfordolly #justbekind.

Dolly's Father on a Crusade: She has become the young face of a cruel culture and today Amy Dolly Everett's broken father launched a personal crusade to stop cyber-bullies from taking one more life. @alexhart7 #Dolly #7News pic.twitter.com/PkvrWlxcQk

Dolly has now become the face of an anti-bullying campaign in Australia.

Carr-Gregg told the ABC that being persistently victimized on or off-line was one of the risk factors for teenage suicide.

The worst occurs just as a child enters their teenage years.

“We know that the peak of bullying in Australia occurs around transition — so moving from primary to secondary school and we know there are some children whose emotional empathy is not well developed,” said Carr-Gregg.

“Their threshold for tolerance of difference is very, very low and a result if you are different in some way, you are going to get picked on,” he said.

“It is not that it gives them joy, it is just something they do because they do not know what else to do.”

Carr-Gregg said Australia’s bullying crisis is not going to be easily solved.

“What we need to be as parents is preventative,” he said and added that their needed to be a more unified approach at a school level in dealing with the issue.

The Everetts have starting the “Dolly’s Dream” foundation which aims to raise awareness of bullying, depression, anxiety and youth suicide.